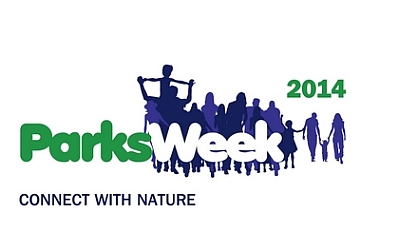 From 3rd to 9th March Parks Week 2014 will invite communities across Australia and New Zealand to 'Connect with Nature' and make the most of their public parks.

Coordinated by the Parks Forum, Parks Week will, for the third successive year, showcase parks and their values to individuals and community groups and celebrate the important role that parks play in contributing to the health of communities, with a range of events being planned at parks throughout the two countries.

Environment Canterbury is one of the many organisations that is taking part in Parks Week, and has planned three free BBQs at the Waimakariri River Regional Park.

Environment Canterbury Parks and Forests Team Leader David Owen, said many Cantabrians aren't even aware of that nature's playground is right on their own door-step, stating "the Waimakariri River is not only of great ecological importance for the region, it also has immense economic and recreational significance.

"While the Waimakariri River Regional Park is popular among a good number of regular users, we are sure there are many more people that could be benefitting from the huge range of recreational activities it offers.

"Parks Week is all about encouraging the community to take ownership of our beautiful parks and green spaces by getting involved in one of our events, or organising their own special local event.

"We have organised three free BBQs at the Park to catch up with some of our regular users, but we also hope many new people will come along and have a chat with one of our Park Rangers about what is on offer and answer any questions you may have."

The free BBQs at the Waimakariri Regional Park are being held at three different recreational destinations within the Park on 8th and 9th March.

In the year that Sydney hosts the prestigious World Parks Congress, the NSW Government is backing a series of family and community activities during Parks Week.

• Cinema in the Sky in the Camp Precinct of Scheyville National Park.

"We have some awesome parks in Rotorua, and this is the week where everyone in our community should take ownership of the beautiful parks and green spaces our city has to offer."

ACT National Parks and Catchments Regional Manager Brett McNamara, said with over 130 parks and open spaces around Canberra there is something for everyone to enjoy.

McNamara stated "there are over 106,095 hectares of parkland and 160 kilometres of walking tracks to discover in Namadgi National Park alone, with huge areas to explore at the Tidbinbilla Nature Reserve and the Murrumbidgee River Corridor, which itself is about 9,800 hectares either side of the river.

"This is in addition to the numerous urban parks in the region, such as the Canberra Nature Park, which comprises over 33 reserves scattered amongst the suburbs. With so many options it can be hard to choose just one, so I encourage (visitors) to pick up a free Explore publication, which is an updated guide to the ACT's open spaces.

"Explore includes maps and directions and the facilities (to be found in) Canberra's parks. It also features articles on the traditional custodians of the land, environmental protection and conservation and bushfire safety and management.

"There is also a monthly Explore program to keep ... up to date on upcoming guided walks and tours with park rangers and volunteers. These activities include pelican feeding, exploring the Tidbinbilla sanctuary, corroboree frog talks, bush tales and boomerang throwing.

"2014 marks the 30th anniversary of the declaration of the first national park in the ACT, Namadgi National Park, so it is a great time to celebrate the wonderful landscape the ACT region has to offer."

The Explore guide can be downloaded online at www.tams.act.gov.au or picked up from all Canberra Connect shopfronts, the Canberra and Region Visitor Centre or the visitor centres at Namadgi and Tidbinbilla.