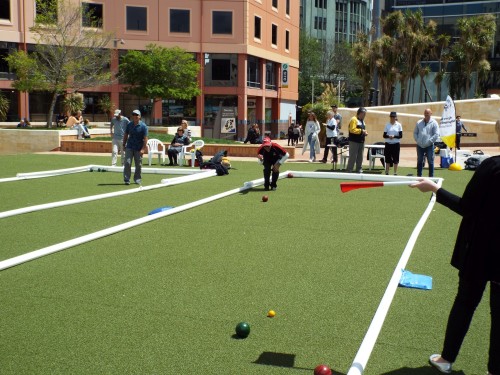 Innovative inflatable sports courts produced by New Zealand company Packaworld International will take the field at the Latin American Special Olympics Games in Panama this April, along with more than 800 athletes from 21 countries.

The courts provide the arenas for the sport of bocce, an ancient Italian sport similar to pétanque and lawn bowls, to be contested by 110 athletes from 13 countries at the event.

The new inflatable ‘Packabocce’ courts were designed by Packaworld to solve storage and transport issues, making it easier for a wider range of sportspeople and communities to enjoy the sport.

He said it was vital for more people to get involved in providing opportunities for unified sport, and urged people and organisations around the world to take responsibility for increasing participation in sport as a form of social investment for the future.

Roberts stated “bocce is the perfect platform for athletes with a disability to participate on the world stage because it is based on skill rather than physical build or capability.

“The availability of portable courts that can be set up quickly anywhere there is a flat area will inspire people and programmes around the world to offer this inspirational sport.” 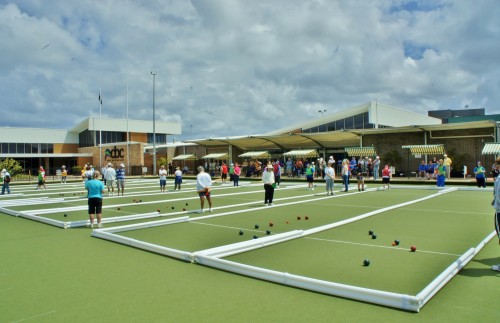 Davis added “since their creation, these courts have helped people experience the power of sport by making a unified experience accessible. For our athletes, that is invaluable.

“Playing sport empowers people of all abilities to live healthier, more fulfilling lives. But for people with intellectual disabilities, sport is life-changing. Sport can break barriers and end prejudices, and sports like bocce that offer a level playing field are precious.”

The use of Packabocce courts at the Latin American Special Olympics follows a successful 24-court tournament at the 2013 Asia Pacific Special Olympics, held in the Australian state of New South Wales where the courts have left a lasting legacy.

Packaworld’s inflatable courts have recently featured across the Carnival Cruise Line fleet in America, and on the P&O Cruises fleet in Australia as part of a suite of inflatable recreation products. In addition to Packabocce courts, Packaworld produces a range of packable, portable products including inflatable advertising hoardings and sports goals.​