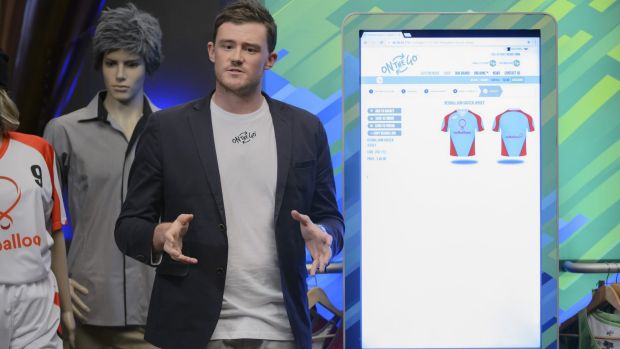 Mick Spencer, the founder of apparel brand OnTheGo Sports, showed his entrepreneurship to land deals with three of Australia’s leading business heavyweights in front of a national TV audience on Sunday night.

Spencer’s appearance on Channel 10’s Shark Tank saw the 25-year-old founder of OnTheGo negotiate an offer for a 30% stake in his Canberra-based company.

In doing so Spencer lured three ‘sharks’ into the same business deal on a program known for the savaging it can give aspiring entrepreneurs who dare to enter its unpredictable waters.

He had gone onto the program seeking half that amount for a 10% equity stake and left the sharks impressed by how much he had achieved by his mid-20s.

Banks told Spencer “you showed your mettle today. If you run your business that well, you’ll make a lot of money.” 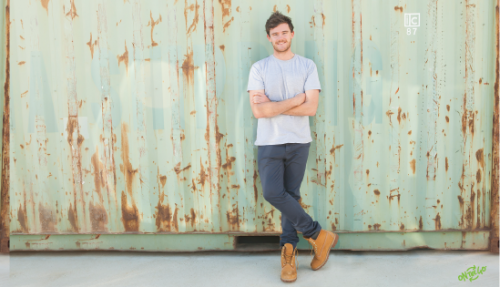 Spencer founded his custom-made sportswear company OnTheGo at age 21 and is growing the reach of his company globally within a $200 billion industry.

Shark Tank used Spencer, along with two other leisure entrepreneurs, to launch its 2016 series.

He said the TV coverage was “a chance for Australia and the world to see what work we’ve been doing, and where we’re going.

“I’ve watched the show for years from the US, and when it hit Australia I thought it would be exciting to go on

“It’s an incredible experience. Being able to pitch your start-up to a room of entrepreneurs collectively worth more than $1 billion, and get live feedback and critical analysis on your business, is truly priceless.

“I’m so excited to be able show the nation the hard work that my team has put into this cause, day in, day out.

“We’re at a great point. Being a few years in, we’ve built our model and concept, and done it off the smell of an oily rag and now we’re going to explode.”

Spencer’s business interest grew from a passion for adventure sports such as mountain biking despite a severe heart condition that nearly killed him. He now runs his business based on four principles: purpose, people, planet and profit.

The company partners with humanitarian organisations to provide underprivileged children in Australia and the Pacific Islands access to sport.

In the style of a true ‘bootstrapping’ entrepreneur, Spencer launched the business from his parents’ house with $150 after a gap-year.

His big break came when he supplied 250 cycling jerseys to Goulburn Mulwaree Council in a quick – and some would say risky – turnaround of less than a month.

Since then he has rubbed shoulders with Richard Branson and counts former David Jones Chief Executive Paul Zahra as his mentor.

OnTheGo sportswear hangs in David Jones stores under the DundasFit active wear label and is available in shopping centres through revolutionary ‘Customiz Stations’, which allow people to design and order their own custom-made sportswear and uniforms online.

The company has a presence in China, India and Fiji.