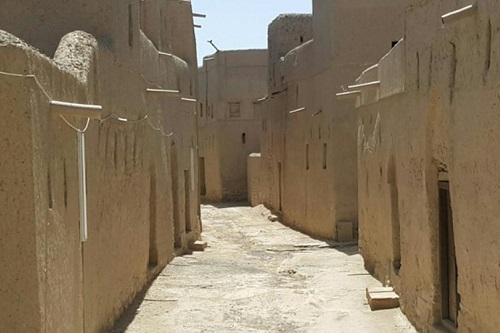 Oman Tourism Development Company (OMRAN), the Omani Government’s executive arm for the development of the tourism industry, has announced the handover of management of the Harat Al Bilad heritage site in Wilyat Manah.

Omani firm, Reconstruction of Traditional Architecture (RTA), has been appointed to run the operations of the historic landmark and support the growth of domestic and international tourism in the sultanate, a statement said.

Harat Al-Bilad in Wilayat Manah is considered one of Oman’s most popular and oldest historical sites. It dates back to the 5th Islamic century and has been preserved well by previous generations, it added.

The handover ceremony was held during an official tour to Harat Al Bilad by executives from OMRAN and RTA, on which OMRAM Chief Executive, Peter Walichnowski stated “historical monuments around the world always leave an unforgettable experience in the tourist’s mind and Harat Al-Bilad is undoubtedly one of Oman’s perfect historical jewels that captures the attention of heritage tourism enthusiasts.

"The rejuvenation of this rich historical site will indeed improve the domestic tourism and attract more tourists from around the globe.

“As part of OMRAN’s local development investment program, we are determined to continue investing in community development and giving opportunities to the local private sector."

Over the past two years, OMRAN also appointed two local companies to manage operations of Al Hoota Cave and Nizwa Fort, after being transferred to the company by the government.

RTA Managing Director Dr Haitham Najeem Sulaiman Al Abri added “we are delighted to be appointed as the official operator of Harat Al-Bilad, which was recently renovated by the Ministry of Heritage and Culture.

"We will work closely with OMRAN to add a new touristic essence to this historic monument in Wilayat Manah in Al Dakhiliyah Governorate. The soft opening of the site has already started by offering guided tours to the visitors and we are looking forward to upgrading the facilities and services and officially opening it in the coming few months.”