NZSki celebrates the return of kea to The Remarkables 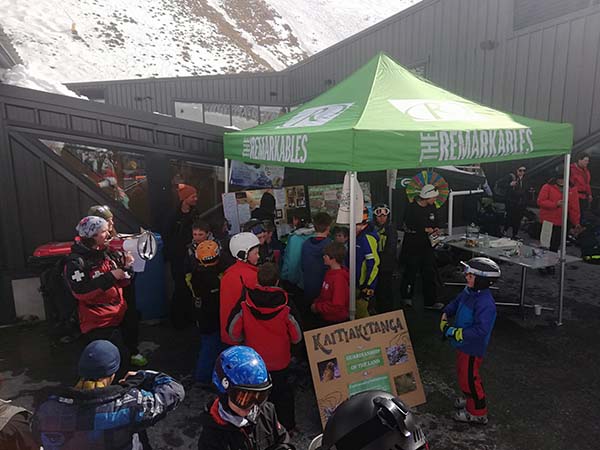 NZSki have announced that with seven native kea birds having recently returned to The Remarkables, they are celebrating Conservation Week with the official naming of one of the seven kea birds.

In a major conservation win, seven of the endangered birds have now been shown to revisit their native environment at The Remarkables ski field over the past 12 months, thanks to a two-year effort of predator control and habitat management by The Remarkables staff, in partnership with the local Kea Conservation Trust.

The birds – five banded and two yet to be banded – are part of the Wakatipu’s only kea monitoring scheme, with the alpine parrot rarely seen within the Queenstown Lakes District. 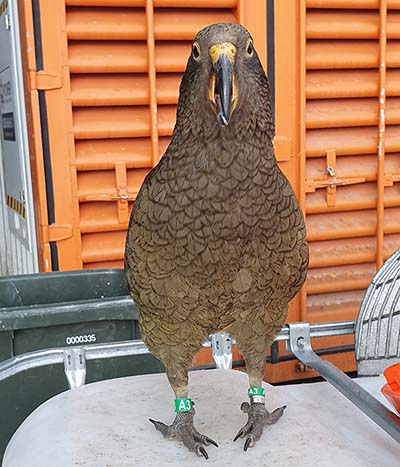 The Remarkables’ staff Kaitiakitanga committee recently sought the help of visitors on the mountain to name one of the male kea. The winning name is Tāhae, which means ‘thief’ in Te Reo Māori – a nod to the bird’s tendencies to steal people’s belongings. Amy McLoughlin from Alexandra, who suggested the winning name, wins a handcrafted topographical map of the Wakatipu created by sustainably-minded artwork company The Furnace.

To coincide with nationwide Conservation Week, the Kea Conservation Trust will utilise research funding provided by NZSki to extend their monitoring efforts across the basin, at Ben Lomond. Ben Lomond is the only other site in the Wakatipu known to have kea visiting.

NZSki Chief Executive Paul Anderson says the company is committed to enhancing habitats and increasing the kea population locally – and with combined efforts alongside the Kea Conservation Trust, the whole Queenstown district could benefit with more sightings.

Anderson noted: “The kea is one of New Zealand’s most iconic birds, which used to be far more prevalent than now. We’re passionate about deepening our understanding of this rare and cheeky bird, and creating a more habitable environment for kea not just on our ski fields, but across the region as a whole.

“We love our mountains and believe it’s really important to protect and enhance the areas in which we operate. The return of kea locally is a remarkable feat. We’re celebrating by giving our staff the chance to name the other four kea that have been tagged currently. The names will be unveiled at the end of the week – keep your eyes peeled for the kea in the flesh when you’re up on the slopes!”

Kea Conservation Trust co-founder and chair Tamsin Orr-Walker adds: “We are very excited to be seeing more kea present locally and we look forward to working with the local community and NZSki to better understand the status of the Wakatipu kea population over the next few years. We encourage people who do see kea to report their sightings via the kea sightings database to help us with these projects.” 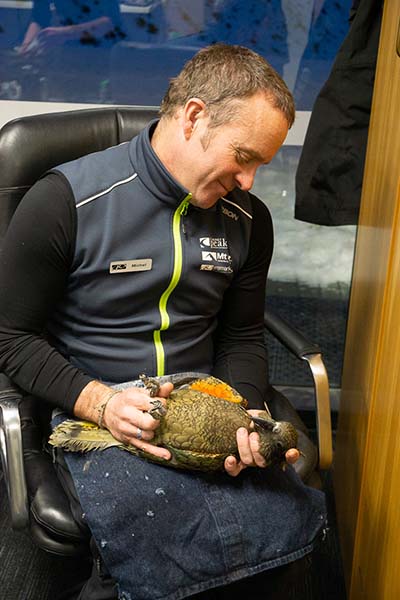 The Ben Lomond Kea monitoring project will kick off early 2020, with NZSki helping to erect public information signs on the Ben Lomond saddle from April next year, as well as helping to tag, test blood lead levels and attach transmitters to kea to better understand their nesting habits.

In addition to work on Ben Lomond, NZSki staff will continue their extensive summer Kaitiakitanga programme across The Remarkables, Coronet Peak and Mt Hutt through native plant revegetation, pest control and wilding pine eradication – ensuring the mountain environments are a place where native birds like the kea can thrive.

NZSki is the owner and operator of three distinctively different South Island ski areas; Coronet Peak, Mt Hutt and The Remarkables. Collectively they offer a complete New Zealand snow experience and have a reputation as being among some of New Zealand’s best visitor attractions.