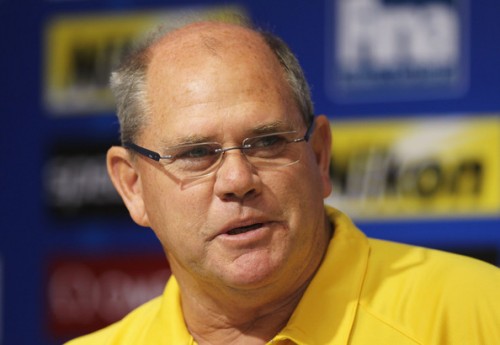 Leigh Nugent has been named head coach of Australia's swimming team, and will lead the Dolphins into the London Olympics in 2012.

Nugent, who has been acting in the role since early December and was considered the favourite for the job after former head coach Alan Thompson took a redundancy package in January, will now resume the role he vacated in 2005, when Thompson took over.

He will take on the role through to 2013 with a further three-year option which could see him lead the team to the next two Olympics.

The position became available after Swimming Australia decided to split Thompson's role as head coach and high performance general manager. Thompson was against the restructuring, stating "I still believe the best way forward was for the roles to remain as one - something which has certainly proved successful," but Swimming Australia went ahead with the move, and as a result he took the redundancy package.

Having coached the team to their most successful Olympics outside of Australia, in Athens in 2004 where the Dolphins won seven gold, five silver and three bronze, 59-year-old Nugent decided to work alongside Thompson upon his return from Greece, as the National Youth Coach, and the partnership proved very successful for Australian swimming.

"This is a fantastic opportunity and one that I'm very passionate and excited about," Nugent said, adding "to be involved with this team is always a very humbling experience and one that should never be taken for granted. The Australian swim team plays a unique and important role in elite sport in this country, particularly in relation Olympic success.

"Every member of the Australian swim team works hard towards that success and in pools all over Australia, that journey to London has already begun."

Nugent's appointment was announced on the opening day of the Commonwealth Games selection trials in Sydney.

Swimming Australia Chief Executive Kevin Neil said Nugent was "definitely the right man to see our swimmers and coaches reach their full potential in the years to come."

"His experience and credentials are well documented, and he has a clear vision for where he wants to take this team and how they are going to get there."

Swimming Australia has also announced that David Crocker will take on the position of general manager of high performance, a role he has been acting in since December.