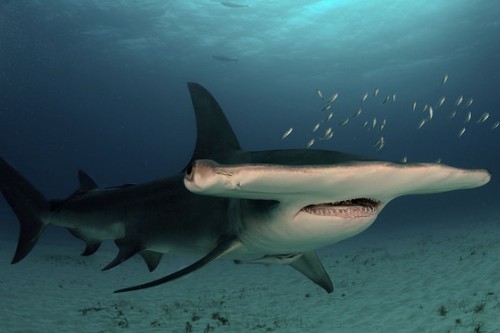 Only one target shark caught in NSW nets in two months, while 55 other marine creatures killed or trapped

Shark nets on the NSW north coast have caught just a single target shark during January and February, while continuing to trap or kill dolphins, turtles, and protected marine life.

A single bull shark was caught in the nets around Ballina in the first two months of the year, while 55 other animals were either killed or trapped.

The nets killed four great hammerheads, a harmless shark that is listed as a 'vulnerable' species, as well as a common dolphin and an Indo-Pacific bottlenose dolphin.

A loggerhead turtle was caught but released alive, while dozens of rays were either killed or trapped.

The latest data, released this week, is from a second trial of shark nets on five beaches in Ballina and Evans Head in the north of NSW.

An earlier trial on the same beaches last summer showed the same trend.

Just 3% of the marine species caught in the nets were target sharks. But the by-catch included a critically endangered grey nurse shark, 11 threatened turtles and four dolphins.

Nets are primarily designed to catch and kill target sharks, and do not act as a barrier to the entirety of the beach. They can, however, deter the approach of sharks without entangling them.

Environmentalists said the latest data was yet more evidence of the nets’ ineffectiveness.

Morris told the Guardian Australia "how many more months of damning data will it take for government to finally realise this experiment is an utter failure, and shut it down?

“Non-lethal alternatives to nets are available and we cannot afford to keep killing harmless and protected species for the next 18 months or more.” 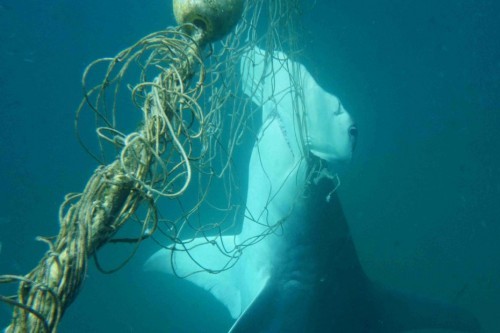 The modifications include setting nets closer to the water’s surface to allow air breathing animals to breath when they get entangled. The governments are also increasing the mesh size to allow smaller animals to get through. Twine capacity has also been increased to better retain target sharks.

Minister Blair stated "we are currently half way through a trial in which we are testing and trialling modifications to the nets to reduce the amount of bycatch; to terminate the trial at this stage will prevent informed decisions about the use of mesh nets for mitigating the risks of shark-human interactions.

“An independent community survey carried out before the first mesh net trial clearly indicated that Ballina Shire and Evans Head residents were more positive than negative towards the trial of nets and felt that it increased their feelings of safety for their families and the community."

Proponents of shark nets point to their record in Queensland and NSW.

Just one shark-related fatality has been reported in Queensland since the introduction of lethal shark mitigation measures in the 1960s.

The nets between Newcastle and Wollongong in NSW have similarly been associated with low deaths. Only one shark-related death has occurred at a meshed NSW beach since the 1930s.

Late last year, a Senate inquiry into shark mitigation and deterrent measures found the nets could not guarantee safety and tended only to give beachgoers a false sense of security.

The inquiry said their effectiveness was not clear while damage done by the nets to non-target marine life was obvious.

The report advised “the committee is concerned that a heightened fear of sharks has led to responses that may calm the public and appear to provide an effective response but which are not verified by scientific evidence.”

The trend seen in the trials in NSW’s north reflect results across the state more broadly.

Six grey nurse sharks were killed by the nets.