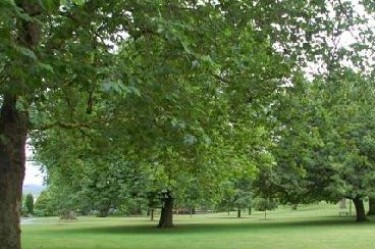 A NSW Government report has revealed that the amount of open space owned by New South Wales local councils is shrinking.

The study by the NSW Department of Local Government has found there has been an 18% reduction in public space in the past decade, a loss of nearly 27,500 hectares.

The report says the shrinkage may be due to population growth or because of more accurate land management date.

Greens MP David Shoebridge says land is being sold off because councils are coming under increasing pressure to fund infrastructure.

"That's seen (councils) lose a large amount of public open space, whether that's ovals, or bushland or simply pocket parks, and every time we lose some public land we never get any more back.

"They've been rate-capped for more than two decades and have real trouble dealing with the additional services that they're told they must deliver by State and Federal Governments.

"It's also the continuous drip by property developers and pro-developer councillors who are keen to see, whether it's pocket parks or other public land, sold off for property development."

Councils are also under increasing pressure to open their parks and public open spaces to commercial and entertainment activities.

One high profile example of this can be seen in the Centennial Park and Moore Park Trust's recently released master plan.

The plans refers to the Trust "forging partnerships for commercial and non-commercial outcomes" that will see "the park will move from being a more passive 'host' in events and activities, to a more active 'partner'."

While the NSW Government funds new capital investment and upgrades within the Centennial Parklands, maintenance and other continuing expenses must be met through revenue generated by the ageing park.

The master plan suggests better 'hubs', which, with rapidly growing nearby populations, opponents fear will result in a reduction of the traditional amenities of the park.