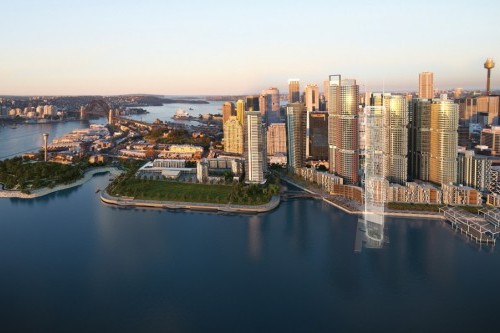 Casino operator Crown Limited, headed by James Packer, has won approval to proceed with a plan to build a six-star hotel and casino at Barangaroo in Sydney.

The decision means Sydney will have a second casino after 2019.

Announcing the decision, NSW Premier Barry O'Farrell explained that an advisory panel assessing rival bids by Crown and Echo Entertainment found there was a need to "inject competition" into Sydney's casino sector.

Echo Entertainment, which holds Sydney's sole casino licence - due to expire in 2019, had promised to upgrade its The Star casino at Darling Harbour and pay $250 million to extend its exclusivity rights.

Both plans were assessed by the panel led by former Future Fund chief David Murray, which found that the value of Crown Sydney to the NSW economy would be 26% higher than the Echo plan.

Premier O'Farrell explained "what Mr Murray will tell you was the major determining factor of his recommendation was the need to inject competition into this area."

The Crown Sydney proposal will now proceed the third and final stage of the NSW Government's unsolicited proposal process, which was established to boost private sector investment in the state.

The NSW Government has stipulated conditions that will see revenue taxed at 29%; total licence fees and taxes to be guaranteed at more than $1 billion in the first 15 years of the casino's operation; and fees and taxes will be independently reviewed after 20 years.

There would also be a 24-hour cooling-off period for local 'VIP' gamblers who cannot prove they have had access to VIP gaming at other casinos.

Premier O'Farrell said there were still details to be worked out in relation to Crown's proposal to operate a gaming facility for 'high-rollers', adding "there is no agreement yet for a new VIP gaming facility in this city."

Murray had said Sydney needs a second casino-hotel to lift tourism and create jobs, stating "to compete more effectively, particularly in the international and interstate markets, we need an integrated resort-style facility, which also happens to bring significant benefits for tourism and related business as it has done in Singapore and elsewhere."

"What we need in this city is new tourism magnet and this will be a tourism magnet targeting that high-end gaming, which will draw in thousands of new international visitors to this city."