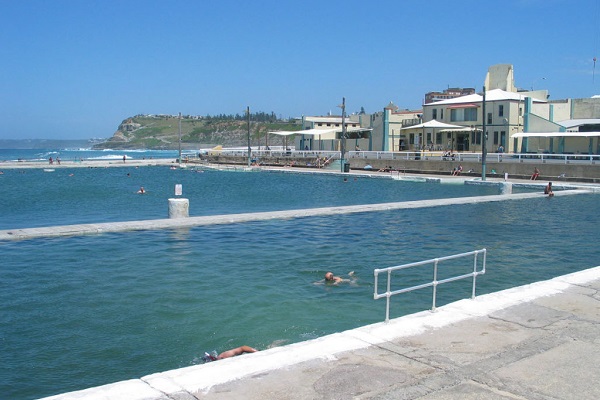 City of Newcastle has committed to funding the restoration of both Newcastle and Merewether Ocean Baths following an unsuccessful expressions of interest (EOI) process.

With no EOI submissions progressing beyond an initial panel review, City of Newcastle will form a community reference group by the end of the month to guide the restoration of Newcastle Ocean Baths and commence further engagement on the Merewether pavilion later this year.

Having invited EOIs in November 2019, the City faced objections from local residents groups who opposed commercial operations at the Newcastle and Merewether Baths.

The current round of community engagement is due to conclude at the end of February while initial planning continues, including detailed site investigations to further understand the condition of Newcastle and Merewether Ocean Baths and the level of rectification required.

Councillor Nuatali Nelmes stressed “I’m determined to see the Newcastle Ocean Baths become an asset all Novocastrians can be proud of.

“This means converting feedback from the current community engagement process into the preliminary design that once costed, can be further tested with the community to ensure the Newcastle Ocean Baths receives an appropriate restoration 98 years after it was first built.

“We’ve made a great start on understanding what the community want from the Baths with more than 600 comments already logged on the City’s ideas wall. Intercept surveys are taking place at the Baths and other city locations before the end of February.

“We’ll now progress with forming a community reference group that represents user groups, the local business community and broader ratepayer base with the aim of holding our first meeting next month.

“The Baths are a treasured part of Newcastle’s history. Developed responsibly and with respect to its local heritage, we will deliver public baths that remain appealing to people throughout our city and one of our key tourism drawcards. This includes protection of its facade, the blue-stepped bleaches and its free entry to swim all year round.”

The Newcastle Coastal Plan of Management, adopted by Council in 2015, prescribed an expression of interest (EOI) for the pavilions and identified cafes, kiosks and restaurants as potential future uses, with the stipulation that revenue be re-invested in coastal upgrades and maintenance.

Having invited EOIs in November 2019, the City faced objections from local residents groups who opposed commercial operations at the Newcastle and Merewether Baths.

Liddell advised “Community consultation will be maintained through a reference group, while information sessions and a public exhibition will be held to present concept plans to the broader community before Councillors review and approve any restoration.

“I expect the concept plan will be completed this year with detailed design works to follow in preparation for construction work to start in 2021.”

City of Newcastle will form its Newcastle Ocean Baths community reference group in February with invitations to user groups and stakeholders along with an EOI for broader community involvement.

The stakeholder groups to be invited to be part of the community reference group (CRG) will include, but not be limited to:

For expressions of interest to the community, City of Newcastle will aim for broad representation from across the four wards and, include but not be limited to, youth, people with disability, Indigenous representation and pensioners.

Applications to be part of the CRG close on 27th February and interested community members can apply here.

The Newcastle Ocean Baths Community Reference Group will have terms of reference based on the existing CRG for the Bathers Way. The CRG will be independently facilitated.