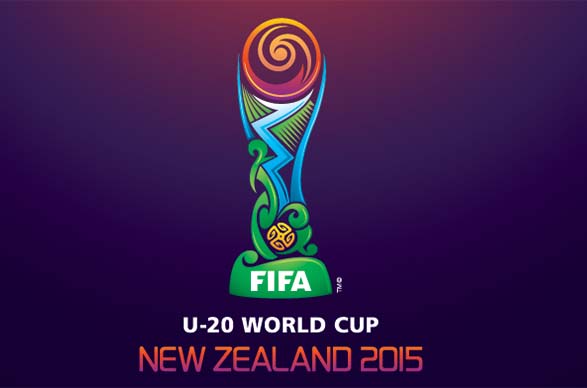 New Zealand Football (NZF) has named a seven-person Local Organising Committee (LOC) to govern the preparation and staging of the FIFA Under 20 World Cup New Zealand 2015.

The biggest event to be hosted in New Zealand Football's history, the FIFA Under 20 World Cup will bring the world's best young professional footballers to New Zealand in less than three years time.

In announcing the appointments, NZF Chair Frank van Hattum (pictured below) said the LOC directors had proven commercial, financial, business, legal and event leadership skills and this would ensure the management team was guided by experienced governors who had in-depth relevant knowledge. The LOC membership had been balanced at three New Zealand Football directors and four independent directors to assist robust governance.

Van Hattum explained "FIFA U-20 World Cup 2015 will bring a festival of international football to New Zealand at a skill level never seen here before. Some of the teams will be all-professional with many players experienced in the world's top club competitions and as senior national representatives.

"We have chosen a governance board who have the commensurate skills to ensure the event is well-managed, engages New Zealanders and succeeds on all fronts in showcasing football and New Zealand to the world." 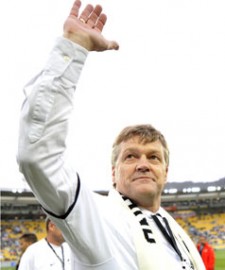 Wellington-based LOC Chair Bill Moran, a senior Treasury official, has been a member and deputy chair of the NZF Board of Directors for four years.

Mike Anderson is an Auckland lawyer and Chair of the Northern Football Federation while Shelley McMeeken is an Auckland-based former Chief Executive of Netball NZ with commercial and event management experience.

Arthur Klap, of Wellington, is a leading sports events administrator and governor, Scott Paterson has Australasian business management and governance experience and is Chief Executive of Queenstown Airport, Mark Stewart is a Christchurch businessman and sports governor, and Andrew Titter is Chief Financial Officer with a major Australasian infrastructure company, domiciled in Auckland and working out of Australia.

Both Mark Stewart and Andrew Titter were formerly NZF directors who took on leadership roles in the past to help direct the game out of challenging financial times.

The Local Organising Committee held its first meeting in Wellington last Saturday (13th October) with agenda items including the selection of Host Cities for the event, which will reach decision point when a team of officials from FIFA visits New Zealand in late-January 2013.

FIFA inspection tour
The FIFA officials will inspect venues which have been proposed for the tournament's six pools of four teams each and 52 matches.

New Zealand Football is finalising consideration of bids from prospective Host Cities and will make recommendations to FIFA on the venues for pool games, round of 16 matches, quarter-finals, semi-finals and the final plus playoff for third and fourth.

Ratification of the hosting decisions is expected when the FIFA Organising Committee meets in Zurich in mid-February 2013.

Tournament dates
FIFA Under20 World Cup New Zealand 2015 has provisionally set its opening game for Friday 19th June with the finals to be held on Saturday 11th July.