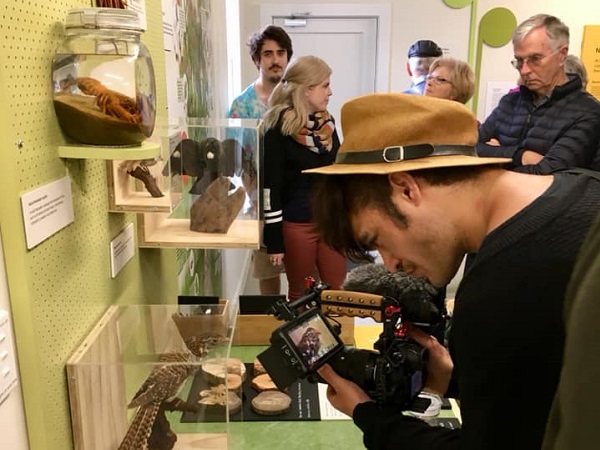 Featuring interactive displays, including real birds' nests and bones and includes information on what the forest area means to iwi, the new look Bushy Park Tarapuruhi has launched with the opening of a new visitor information centre.

Speaking at the opening, Trust Chair Kevin Ross said the event marked the conclusion of years of hard work, commenting “we have a historic homestead restored to its former glory. The stables have been renovated to house a visitor interpretation centre, exhibition spaces for some of our heritage items and an upgraded ablutions block."

The event was also a chance for the community to be thanked for its input, with Trustee Nicola Patrick adding “it was a great opportunity to honour everyone who has given so much as volunteers, supporters and sponsors, especially the Rotary Club of Wanganui North which has done a lot of the physical work in fundraising.

"There have been many people involved over the years and it was lovely to have a number of former trustees and chairs present so we could thank them.

"Everything that culminated in the celebration is built on the back of all their efforts." 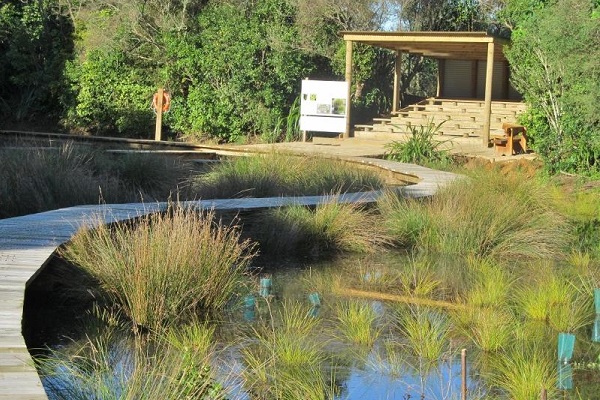 The opening saw guests were offered guided walks through the protected forest and wetland, and a tour of the Heritage New Zealand Category 1 listed homestead.

Bushy Park Sanctuary is located on the west coast of the North Island, 25 kilometres north of Whanganui City. The sanctuary is a 100 hectare predator-free, native bird sanctuary, set amongst one of the few patches of virgin lowland forest.  Ecological Management and Restoration, the journal of The Ecological Society of Australia and also SER International, the world’s premier restoration body, have ranked Bushy Park as one of Australasia’s top 25 restoration projects.

Within the Sanctuary there are 3.4  kilometres of metalled or well-formed walking tracks throughout the forest providing easy all-weather access for visitors. Tree species include mahoe, mamaku, pukatea, rata, and rimu along with colonies of ferns and mosses. A feature of the reserve is a large northern rata Metrosideros Robusta named Ratanui (Big Rata). It is estimated to be between 500 and 1000 years old and is 43 metres in height and has a girth that exceeds 11 metres.

With a wide variety of birdlife thriving in the sanctuary, visitors are able to see or hear species such as bellbirds, kereru, north island robin, saddlebacks, hihi, moreporks as well as the falcon, fantail, grey warbler, mallard, pukeko, silvereye, kingfishers and white-faced heron.  The sanctuary is home to some kiwi too.  Giraffe weevils, glow-worms, and huhu beetles also inhabit Bushy Park.

Images: Exhibits at the new Bushy Park Tarapuruhi visitor centre (top) and a walkway within the Sanctuary (below). Courtesy of the Bushy Park Trust.