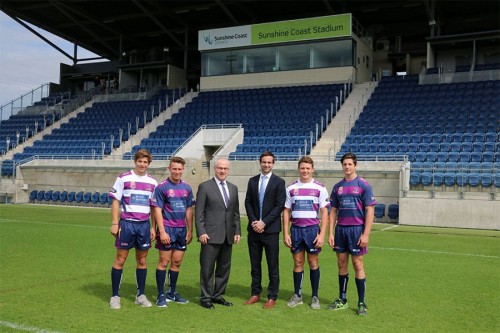 The growing professional sport market on the Sunshine Coast is leading to calls for a both a new stadium and indoor arena for the fast growing region.

The Sunshine Coast Council is considering asking for expressions of interest to build a new outdoor rectangular stadium at Caloundra, Nambour or Maroochydore, and has tendered for a consultant to undertake a stadium feasibility study into the plan.

The new stadium would cater for the Melbourne Storm - which has a feeder-club relationship with the Sunshine Coast Falcons, the West Tigers and other teams who play pre-season trial games on the Sunshine Coast.

Melbourne Storm has already established a rugby league academy at the Sunshine Coast Stadium at and has begun an under 20s team.

With growing interest in Brisbane bidding to host the 2028 Olympics, the Sunshine Coast has previously been mentioned as being a key part of the bid – requiring a major upgrade of regional sports facilities if successful.

In addition, the new Melbourne Storm-backed Sunshine Coast netball team, competing in the new Australia-wide national championships to begin in 2017, will need a home arena.

The bid document submitted for the new netball franchise outlined reasons for investment in sporting infrastructure in the region. 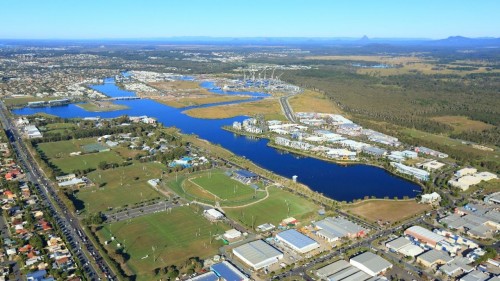 The bid document stated “the Sunshine Coast is the fourth largest local government area in Queensland with a population of 298,000 people," it reads.

"The region has the second highest forecast population growth rate in Queensland through to 2036, by which time it will be home to an equivalent number of residents to the Gold Coast today."

"A major sports facility with the capability to stage national sport events is a 'missing piece' of the core economic and community infrastructure mix for a region of this size and its projected growth.”

Four potential sites have been suggested for a new arena:

Sunshine Coast Council said it was only very early stages of looking at new venues.

Commenting on the Council tender for a consultant to undertake a stadium feasibility study, a spokesman for Sunshine Coast Mayor Mark Jamieson told The Brisbane Times "Sunshine Coast Council has ambitions to develop a major sports facility that has the capacity to stage national sporting, recreational and entertainment events.

"The study is only the first step in the process and will cover topics such as demand, site assessments, management options,financial feasibility and funding.

“Initially, we have invited consultancies to assist with its development."