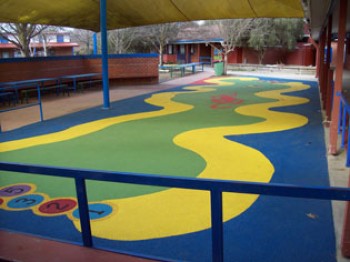 Standards Australia has recently published a new Standard for playground surfacing specifying test methods by which the performance of impact attenuating surfaces can be determined in the laboratory and on-site, such as in playgrounds and for sports surfaces and other sites

For purchasers, specifiers, owners and occupiers of land or premises with playgrounds the Standard requires impact testing at the commissioning of new surfaces, although this does not include tile or factory pad type systems which are pre-certified and quality controlled. Testing using Triaxial equipment has also been included.

In a departure from earlier Stanards, the new advice applies from the date of publication, with no changeover period.  Without providing a reasonable time for adoption of the new standard, this potentially creates an unenforceable issue for purchasers, manufacturers and installers with product certified prior to the Standards release but not yet installed.

The Australian Amusement, Leisure and Recreation Association (AALARA) has also released an update for members on the development of a series of new standards that will impact its members.

Go Karts – AS 3533.4.4
There has not been much progress on the standard in the last few months.

After a review by multiple levels of Standards Australia the testing component was altered to be phrased as “should” instead of “shall”. However, it is sitting with the standards editing team as they are waiting for some copyright permissions from the European Standard.

Once this is obtained the standard will be published.

Land Borne Inflatables – AS 3533.4.1
Standards Australia has approved the revision of the Land Borne Inflatables Standard. This project is set to kick off in late February and is expected to take around 12 months to complete. A working group has been put together to review this standard, it includes, operators, regulators, an engineer and hopefully a manufacturer. Its focus will be on large inflatables that were not in the marketplace when the standard was first developed.

Some of the positions on the working group will be finalised over the coming weeks.

Water Borne Inflatable – AS 3533.4.5
A new is expected to be published early in 2017, the current interim Standard having expired.

Passenger Ropeways and Conveyors – AS 4722
Standards Australia has approved the revision of the Passenger Ropeways and Conveyors standard AS4722. This project is set to kick off late February and is expected to take around 12 months to complete. A working group has been put together to review the standard. It includes operators from both ski and non-ski areas, regulators, an engineer and a manufacturer.