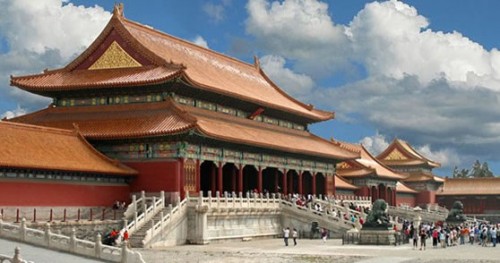 Hong Kong’s West Kowloon Cultural District is to be expanded to accommodate a new museum that will become a permanent display space for objects from Beijing’s Palace Museum, home to some of China’s most treasured imperial artefacts.

In a sign of growing cultural ties between mainland China and Hong Kong, the Hong Kong Government has announced plans to build the Hong Kong Palace Museum that will feature artefacts highlighting imperial life and culture in China.

Scheduled to be completed in 2022, the HK$3.5 billion museum will have an estimated 30,472 metre² of floor space and feature two exhibition galleries, activity rooms, a 400-seat lecture theatre, a gift shop and a restaurant. Costs for the project are being fully covered by a donation from the Hong Kong Jockey Club, a non-profit organisation that has supported several Palace Museum exhibitions in Hong Kong in the past.

Externally, its design, by Hong Kong architect Rocco Yim, will be a replica of Beijing's Palace Museum.

Announced immediately prior to Christmas, Government officials are describing the project as part of larger celebrations planned for next year to mark the 20th anniversary of Hong Kong’s transfer in 1997 from British colonial rule to China.

Hong Kong Chief Executive Leung Chun-ying stated “this is the best and greatest gift to celebrate the 20th anniversary of Hong Kong’s return to the motherland.”

However, critics of the plan have highlighted that the pre-Christmas announcement came as a surprise, raising concerns about the lack of transparency in the Government’s decision-making process. 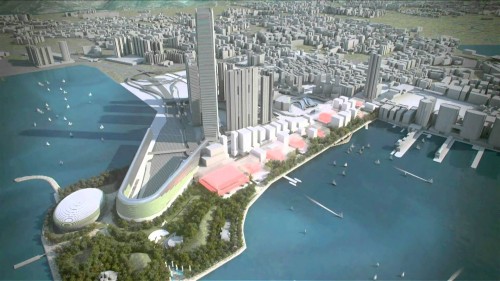 As of this week, Hong Kong democracy activists vowed to use the site of the new museum to commemorate China's bloody crackdown on student-led protests in Tiananmen Square in 1989.

The Hong Kong Alliance in Support of Patriotic Democratic Movements in China, which organises the annual 4th June vigil to mark the crackdown, staged a protest between the Hong Kong and Central MTR stations.

They chanted slogans calling for Beijing to acquit and release all political prisoners from the 1989 student movement.

Housed within Beijing’s Forbidden City, the original Palace Museum, which was founded in 1925 in the heart of China’s capital, is, along with the Great Wall, one of China’s most prominent landmarks.

The Palace Museum’s collection comprises vast holdings of more than 1.8 million artefacts built on the imperial collections of the Ming and Qing dynasties and later expanded during the 20th century. In the 1940s, however, a number of the most prized objects were carried off by Chiang Kai-shek’s retreating Nationalist forces to Taiwan, where they are now displayed in Taiwan’s own National Palace Museum.