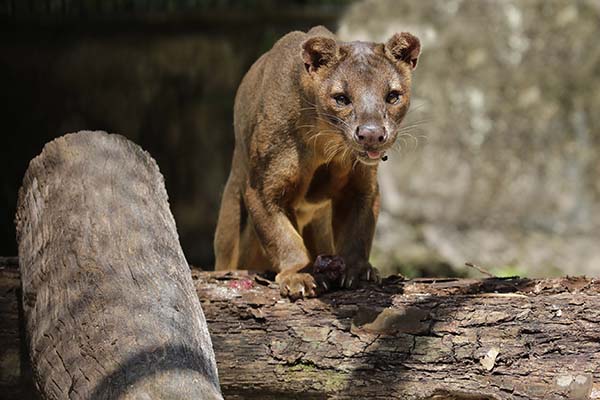 Singapore Zoo's latest exhibit features a pair of intelligent and graceful fossas, the largest carnivores and top predators in Madagascar, that feed on lemurs and other small creatures like pigs or mice, according to National Geographic.

Fossas can reach nearly two metres in length, with half of that due to their long tails and look like a cross between a cat, a dog, and a mongoose, having slender bodies, muscular limbs, and short, reddish-brown coats.

Classified as vulnerable according to the International Union for Conservation of Nature (IUCN), due to habitat loss and hunting, the fossa hails from the East African island country of Madagascar, and are not found anywhere else in the world. 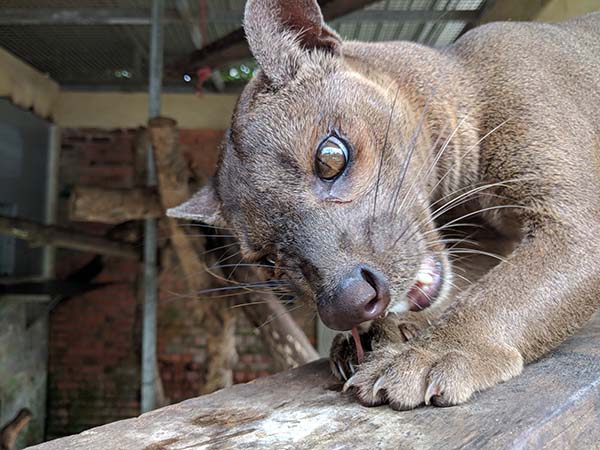 The two fossas, a nine-year old male named Varus and a five-year old female named Kabibi (pictured above) have been brought to the Singapore Zoo as part of a breeding program.

Wildlife Reserves Singapore (WRS) said that Varus is bold and inquisitive, always quick to investigate new sights and sounds, while Kabibi is more shy, and takes longer to warm up to her keepers.

The breeding program falls under the European Endangered Species Programs (EEP), run by the European Association of Zoos and Aquariums (EAZA), of which the Singapore Zoo is a member.

Under the program, the Singapore Zoo has the goal of producing more fossa pups.

The fossa is the only animal where the adolescent female undergoes a developmental stage known as transient masculinisation which temporarily makes her masculine.

Solitary animals by nature, the two fossas will share their new exhibit in the zoo on a rotational basis. 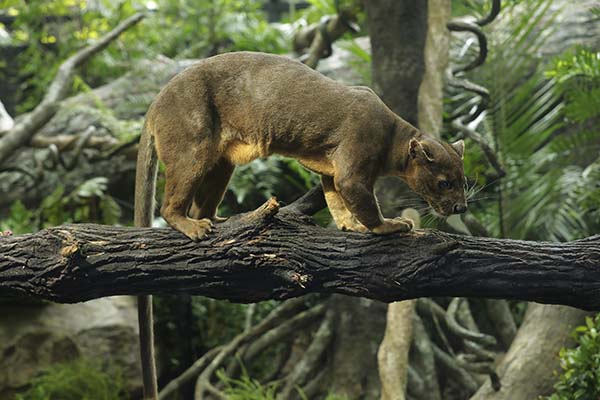 Visitors of the zoo can observe daily interactive sessions at the exhibit between the fossas and their carers.

The fossa exhibit aims to replicate the animals' natural habitat to improve their welfare and visitors' viewing experience.

The animals can manoeuvre around spring loaded branches that can sway under the weight of the fossas, replicating the way natural branches behave. This will help enhance the fossas' sense of balance and muscularity.