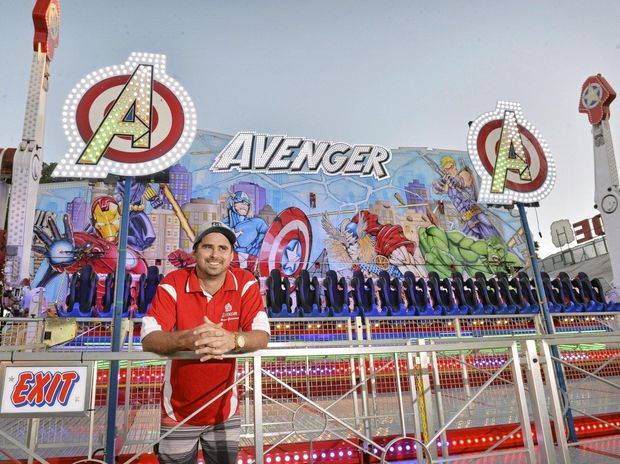 Having been introduced to the Australian show circuit at this year’s Sydney Royal Easter Show, the new Avenger ride will be making its Queensland debut at the Ipswich Show this weekend.

Billed as a smaller version of Dreamworld’s Wipeout ride, the Avengder has been described as “the big attraction at Sideshow Alley” at this year’s Ipswich Show.

Showman’s Guild Vice President Gary Johnson said the ride was a “little bit frightening” for first timers and would become a favourite once it became established.

The $2.5 million ride has been shipped over from the Netherlands and is operated by Showman Caine Brown.

A two-storey ghost house - Dark Ride - is another new attraction at Sideshow Alley. It features lasers as trailers take people through and twists up to the second floor and back down to earth.

More than 20 trailers have moved on to the Ipswich Showgrounds for sideshow alley attractions since Sunday.

The Ipswich Show runs from today (Friday 13th May) until Sunday.

For more information go to www.ipswichshow.com.au