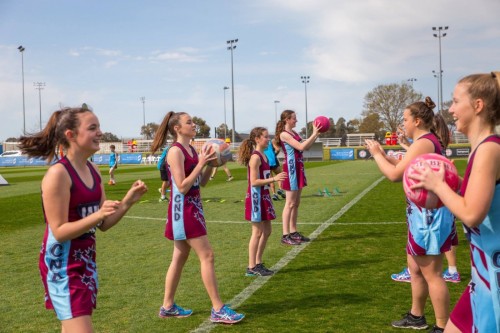 Netball Victoria and Basketball Victoria have partnered to launch their respective facilities strategies at an event at Eagle Stadium, Werribee attended by Victorian Minister for John Eren and a number of local government officers with responsibilities for sport and recreation facilities.

King explained “Netball Victoria has invested considerable time and resources to the development of our Statewide Facilities Strategy, with the support of Sport & Recreation Victoria. The strategy document addresses the current provision of courts across the state and highlights the opportunities to better support the growing netball community across the state.

“The Statewide Facilities Strategy document provides information that will assist organisations and local government to develop business cases for the construction and operational costs associated with facility development.

“Netball expects to see continued growth in participation numbers in the years ahead, in fact we are projecting our member numbers in Victoria alone to grow by more than 70,000 by 2031 based on population growth rates.”

King added “keeping up with this growth and the changing needs of our community, our Associations, Leagues and Clubs is critical to the ongoing success of our sport, and in-turn the health and wellbeing of our participants.

“We all know and understand the importance of physical activity and the benefits of playing team sport, and with netball the largest participation sport for woman and girls in the country, it is essential facilities are up to standard.

“Netball Victoria is proud of the partnerships and working relationships we have developed with Local, State and Federal Governments, as well as other sporting organisations and with the release of our Statewide Facility Strategy we look forward to continuing to work together to plan and advocate for our existing and future members.”