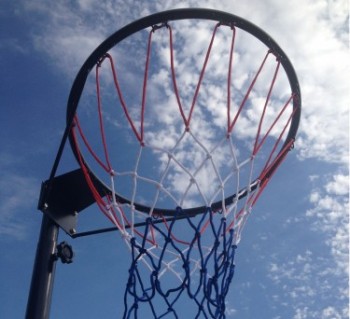 Announced as a part of the its Harmony Day celebrations, Netball Australia has formed a One Netball Advisory Group with the aim to identify and remove barriers to netball participation for culturally and linguistically diverse (CaLD) communities.

The advisory group, consisting of seven members with extensive experience in engaging CaLD communities, will provide advice and recommendations on various aspects of netball's policies, programs and services as they relate to culturally diverse communities.

Along with providing assistance to the One Netball Program, launched in 2012 after receiving funding from the Federal Department of Immigration and Citizenship, the group will ensure that cultural issues are represented and addressed appropriately in all of Netball Australia's programs, policies and resources.

Netball Australia Chief Executive Kate Palmer explained "as a leading female sport in Australia, netball has a responsibility to delivering fair, safe, inclusive, respectful and supportive environments for all Australians.

"Netball offers the enjoyment of participation, a sense of belonging and life-long involvement no matter whether that's as a player, coach, official, administrator, volunteer or fan."

A series of pilot programs and a nation-wide audit of CaLD netball activity is also underway, as part of the One Netball program. Netball experienced an increase across CaLD, disability and indigenous participation in 2012.

Along with the launch of the One Netball Advisory Group, Harmony Day will be celebrated across the opening round of this weekend's ANZ Championship with all home games in Australia to have a distinct one look with special orange Harmony Day Gilbert match balls.

The games in Brisbane, Adelaide and Sydney will also feature the San Remo Ball Kids wearing orange Harmony Day t-shirts, the players will wear the orange Harmony Day ribbons on their warm up tops and volunteers from the Department of Citizenship and Immigration will hand out flags and ribbons.