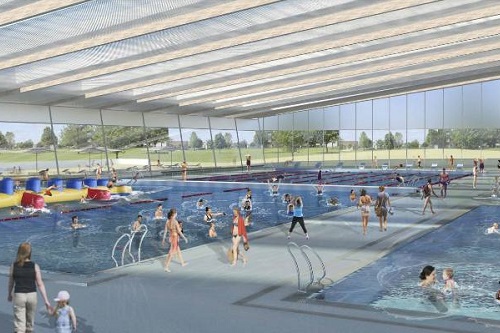 Napier City Council is to continue with plans to develop a new aquatic centre for Hawke’s Bay communities following a narrow pre Christmas vote on the $41 million project.

Objecting councillors, who cited lack of consultation and inaccurate information on the proposal when it was first agreed, were out-voted 6-7 in their bid to put the pool development proposal back out for public consultation.

As a result, the Council will continue with its plans to build a new aquatic facility in the suburb of Poraiti, and close the ageing Napier Aquatic Centre in Onekawa.

In June, the Council opted to develop a new facility with 25 and 20 metre pools to include 10-lanes of swimming; a beach access pool, lazy river and bomb pool; gym and wellness area and a café.

Originally costed at $37 million, the preferred option was cheaper than a plan that included a 50 metre pool and more expensive than an option to rebuild and add to the existing Napier Aquatic Centre. 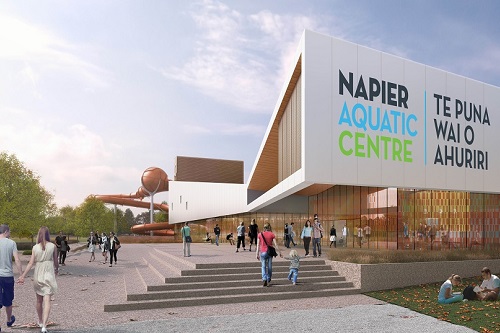 One reason for not redeveloping the Onekawa facility was a high level of ground contamination and "known asbestos" in the existing pool building.

Built between the 1950s and 1990s, the Napier Aquatic Centre was described in a Council report as "ageing, inefficient and not fully fit for purpose".

The complex receives about 200,000 visitors a year and is at capacity at peak times - from after school until 7pm - meaning, according to the Council report, that there is a "significant and growing" section of the community are unable to access aquatic facilities at peak times because of a lack of available water space.

Napier City Council is also budgeting to redevelop its Aquarium.