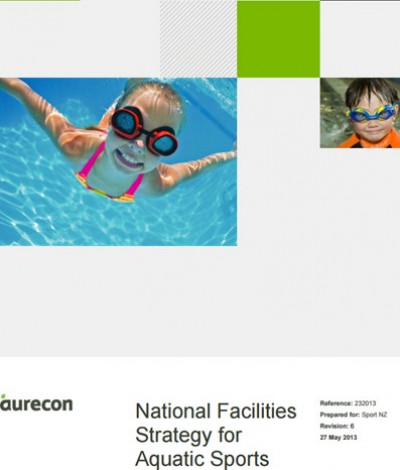 Sport New Zealand's National Facilities Strategy for Aquatic Sports suggests that there are currently 18 more standard sized pools in New Zealand than required. However, while stating that "there are generally enough pools in New Zealand for the scale of the population", the strategy adds that currently pools "are distributed poorly, relative to the needs of their communities" and suggests that projected population changes will require 27 new standard pools (calculated as having a 500 metre2 area – 25 metre by 20 metre, eight lane pool) over the next 20 years.

Within these requirements for new pools, the Strategy also calls for:

• The development of a national level aquatic facility (as part of a new community facility) in Auckland to meet the needs of competitive swimming, water polo, underwater hockey and surf life saving;
• Development of a further facility in the Northland area, to meet regional competitive needs.
• The proposed Christchurch Metro Sports Facility to have sufficient capacity to operate as a regional and national-level facility for the mid and upper South Island.
• Priority access for competitive aquatic sports at existing facilities (at National Level), especially those with significant spectator capacity and specialist facilities (such as dive towers) to avoid the need for additional pools.
• Targeting any proposed investments for future National Facilities into improving the functionality of the existing facilities, rather than expanding the current National network.

Authored by Jason Wosniak, of engineering and planning consultants Aurecon, for Sport NZ, the recently released Strategy aims to provide guidance and direction in the development of facilities for aquatic sports in New Zealand, provide a framework for developing future facilities which are appropriately scaled and located to meet the needs of users: locally, regionally, nationally or internationally.

Presenting the competitive and community aquatic facility networks separately, the Strategy highlights that the "demand for access to facilities for competition - including training - is at conflict with the demands for territorial authorities to provide for community access."

As a result, it recommends that "service level agreements are (put) in place between asset owners and facility operators to ensure that there is a balance between meeting community and competitive needs."

It also acknowledges that "the key issue is that there is not enough funding available to build and operate every facility that the NSOs desire and to the specification they request which is generally unsustainable. Therefore there must be a compromise between the asset owner and the NSO on the facilities hierarchy position, that is the facility, is built to meet the needs not the wants."

In terms of community facilities, the Strategy acknowledges that "the implications of the demographic growth suggest that the growing population will reduce the net pool provision over supply in the network from 18 to four", adding that "the national average of provision masks the shortage in some communities." 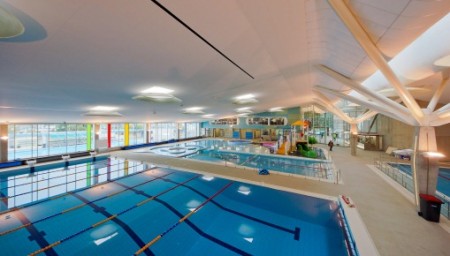 Among the additional 27 pools needed to meet projected demands over the next 20 years, the Strategy calls for a further 13 standard pools in Auckland, five in Northland, four in the Bay of Plenty, three in Hawke's Bay and one each in Wellington and Christchurch.

The Strategy also acknowledges the cost of providing and accessing facilities, stating "generally most aquatic facilities in New Zealand operate at a loss and a subsidy is being provided by the asset owner - generally territorial authorities. All users do not pay the true cost of providing the service."

It also highlights that the "allocation (of pool time and space) to competitive sports (is) important, but under most local authority funding frameworks this is likely to remain at between 20-40% of total usage.

"It is simply uneconomic for asset owners to subsidise competitive sports to a greater percentage of total usage."

It goes on to state "a majority of aquatic facilities are under-utilised for a large proportion of the day (and) that there are opportunities to improve utilisation during the non-peak times", and that "on-going replacement costs are not being funded."

The conclusion of the Strategy provides a framework for developing future facilities, focussing on improving the decision making and creating opportunities for central Government, local Government and community organisations to work together.