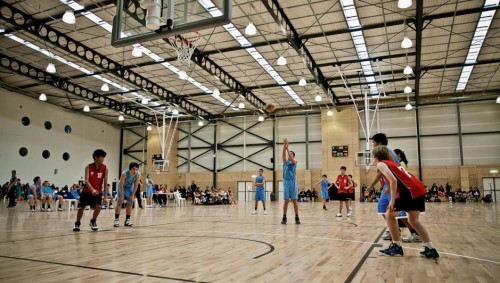 Australasian architects Warren and Mahoney ongoing success in the design of aquatic and recreation facilities has seen the architecture practice commissioned for the Eastern Recreation and Sports Centre (ERSC) at QEII Park in Christchurch and the Mosgiel Aquatic Centre – a pool complex has also been confirmed as an addition to the Wanaka Sports and Aquatic Facility.

The commission’s follow Warren and Mahoney’s previous developments including Wellington’s Westpac Stadium, ASB Arena in Tauranga and the state-of-the-art EA Sports Network Centre in Ashburton - which opened in May.

Warren and Mahoney Managing Director Peter Marshall explains “we are thrilled to be able to draw on our considerable expertise to deliver recreational facilities that are cost-effective and make a significant difference to the communities they serve.”

Daryl Maguire, Warren and Mahoney Principal and sports centre expert believe “that the discipline of designing aquatic centres and sports venues requires a multi-faceted ‘win-win’ approach to provide a resource that is relevant to people at various ages and stages of life.

“The challenge is to create a public building that can have a personal connection with every individual in the catchment area.

“The old school pool, for instance, was a cold, dark, concrete block that smelled of chlorine. “Modern aquatic centres are light, transparent spaces that put sport on display – a highly visible facility that is an integral part of the neighbourhood.”

Maguire adds that contemporary aquatic, recreation and sport centres accommodate a diverse range of disciplines under one roof and, as such, are social hubs that double as ‘wellness’ facilities.

Their design should have clarity of access, a welcoming pathway which encourages maximum participation in recreation - the benefits of which trickle out into the community.

The building, as well as having connection with its environment in its form and materiality, requires flexibility of design in order to adapt to changing needs over a long period with minimal disruption to business as usual.

Although the scale of the recent commissions varies, they share the role of being vital community assets.

At the Mosgiel Aquatic Centre, the $14 million budget is earmarked for lane swimming, as well as pools for learners, leisure and warm water. 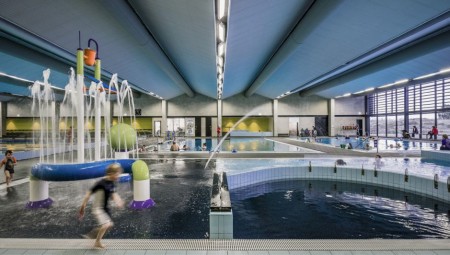 The $30 million Eastern Recreation and Sports Centre (ERSC) incorporates a 10-lane pool, learn-to-swim pool, toddlers’ and leisure areas, a spa, steam-room and sauna, a gymnasium and fitness studios, as well as meeting rooms and a café.

Avonside Girls’ High School and Shirley Boys’ High School are considering co-location on the site which would enable sharing of facilities and strengthen a community hub concept.

Marshall explains that the ERSC project reaffirms the Christchurch City Council’s commitment to a community that was hard hit by the earthquakes, adding “residents of the Eastern suburbs felt the loss of QEII complex keenly.

“The centre will help reinvigorate this area and is a fundamental step forward in completing the network of sports centres for the city as a whole.”

Warren and Mahoney have studios in Auckland, Christchurch, Queenstown and Wellington, as well as in Melbourne and Sydney.

For more information go to www.warrenandmahoney.com

Images show the ASB Arena, Tauranga (top) and the EA Sports Network Centre in Ashburton (below). Courtesy Warren and Mahoney.