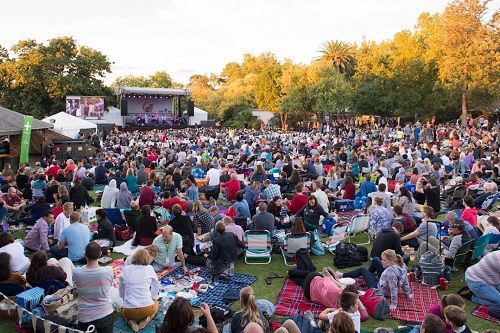 Independent ticketing firm moshtix has expanded its partnership with Zoos Victoria to provide ticketing for its Zoo Twilight concert series.

The annual musical program, which runs every year from January to March at Melbourne Zoo, with this year’s acts including Cat Power, Client Liaison, Aloe Blacc, Vera Blue, Daryl Braithwaite and Sampa The Great.

Introducing the partnership, Robbie Russo, Visitor Programs Manager at Zoos Victoria, advised “while our initial business with moshtix was driven by ticketing, we quickly came to realise that the service and value-add components of moshtix provided us with market reach and capacity resource gains that we had not expected.

“moshtix is more than just a ticketing supplier: they provide a holistic end-to-end user journey that builds new audiences and helps maintain relationships with those audiences once engaged, all in a zero-cost-to-Zoos Victoria model.

“Over the past five years, our Twilight music series has experienced impressive uninterrupted growth. Many factors can be attributed to its success and we believe that moshtix is one of those key factors. Our view of them as a partner rather than a service provider exemplifies the type of relationship that moshtix offers.”

Under the new deal, moshtix will provide ticketing services for Zoos Victoria for at least the next three years.

The news comes on the back of Taronga Zoo’s decision in September to reappoint moshtix for its own commercial events.

Zoo Twilights customers will benefit from moshtix’s recent investment in technologies including enhanced ecommerce tools and its recently announced moshMessenger bot which allows customers to have their tickets delivered directly to their facebook Messenger account.

moshtix Chief Executive and Managing Director, Harley Evans added “we’re thrilled to be able to continue our relationship with Zoos Victoria to drive growth to their Zoo Twilights series and provide the level of service and support required for such an iconic and important event, along with supporting ‘Music Against Wildlife Extinction’.”