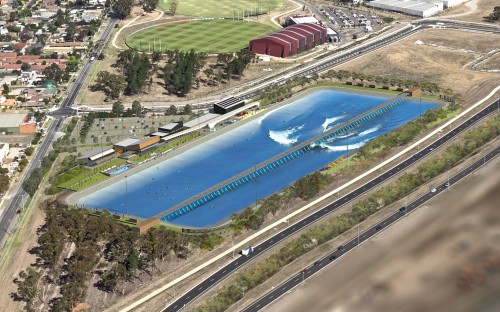 Australia’s first surf park - URBNSURF Melbourne - is to be developed on a site adjoining Melbourne Airport.

The Perth-based Wave Park Group has confirmed that it has secured a 7.1 hectare site under a 30-year lease on which it will develop a world class surfing lagoon - almost twice the size of the MCG.

The $18.5 million development, which has already received planning approval, is to be located adjacent to the Essendon Football Club on Airport Drive at Melbourne Airport.

Introducing the planned attraction, Wave Park Group founder and Executive Chairman Andrew Ross explains “the beauty of the Wavegarden technology is that it can accommodate in separate zones the needs of all surfers – from the smallest groms, and those starting out, through to the high performance training requirements of elite surfing athletes.

“Waves will range from 1.9 metres high, 32 second long, pitching waves, that are designed for the highest levels of performance surfing, down to 0.6 metre high, rolling white-water waves, which are ideal for beginner surfers.

“Waves will form cleanly and break with constant power and shape throughout the ride, which will be the equivalent to riding high-quality, ocean-based waves of similar sizes. Melbourne’s 200,000 or so surfers will be able to enjoy longer and better quality rides than can usually be found at many of Victoria’s most popular breaks, all within a 25 minute drive of the Melbourne CBD.” 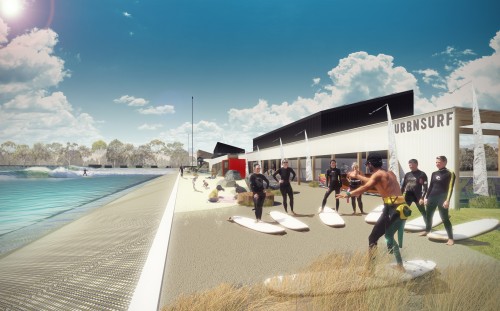 As well as having amenities like a pro store and surf training academy, a licensed café and function centre, URBNSURF Melbourne will also be home to a climbing wall, parkour trail, bouldering course, mountain bike pump track, running track and other lifestyle sport opportunities.

Ross comments “Wavegarden surf lagoons unlock the geographic limitations of surfing, by bringing the beach to your backyard.

“Through the development of urban surfing environments, we are providing the opportunity for surfers to engage with their sport more frequently, more conveniently, and more safely – allowing them to simply ‘surf more’.”

Wavegarden wave generating technology has been in development for over 10 years, created and perfected by a team of 26 engineers based in Europe. The first commercial surf park facility featuring a Wavegarden lagoon opened in Wales in 2015, and another is due to open shortly in Austin, Texas. Both are already drawing keen tourism interest and investment to their regions.

Ross adds “the development of URBNSURF Melbourne will generate over 300 jobs during the construction phase, and another 45 full time positions will be created in the surf park when it opens its doors.

“The surf park will inject more than $267 million in gross economic contribution to the Melbourne region over the project life, and we have well-progressed plans for additional URBNSURF facilities around Australia which will be announced in the near future.”

Planning consent for the development has been received, and construction is scheduled to start in late 2016, with the first riders taking to the waves at URBNSURF Melbourne in late 2017. 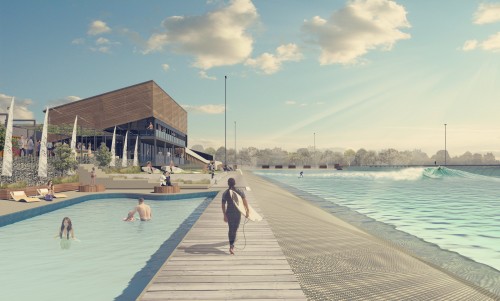 Victorian Minister for Tourism and Major Events John Eren welcomed the development, commenting “this is going to be a great attraction that will shore up Victoria’s status as a world-class destination for visitors.

“There’s so much to see and do in Melbourne and the URBNSURF Melbourne project will be another great tourism hot spot visitors from all over the world can enjoy.”

For Wavegarden founder and Chief Executive Josema Odriozola, URBNSURF Melbourne is the realisation of a long-term plan to make surfing more accessible worldwide.

Odriozola concluded “we are thrilled to be associated with the development of URBNSURF Melbourne. Melbourne has a large existing surfing community that are starved of waves, along with the many visitors to the city who are keen to learn to surf.

"We are confident of delivering an outstanding Wavegarden lagoon that will meet the needs and expectations of all who visit.”

The URBNSURF site is located directly adjacent to the Essendon Football Club and fronts onto 400 metres of the newly completed access road to the Melbourne Airport terminals, Airport Drive. 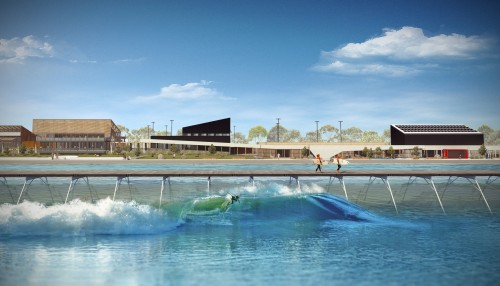 • The lagoon will cover approximately 3.9 hectares in area and will have a maximum user capacity of 68 participants per hour, comprising 16 advanced level surfers, eigth intermediate level surfers and 44 beginner level surfers.
• URBNSURF will accommodate all forms of surf craft are able to be accommodated, from body boards, to shortboards, mals, and stand-up paddleboards.
• Entry will be flexible: one-off use, multi-pass and membership, with costs per session varying depending upon the zone within the lagoon surfed and the time of use.
• URBNSURF forecasts expect approximately 300,000 guests in total per annum.
• The facility requires 25 megalitres of water per annum to replenish the lagoon (equivalent to the needs of high quality, turf sports pitch of a similar size per annum).
• Water will be sourced largely from water harvested from the airport precinct. This will be treated to near potable water standards before entering the surf park’s ultrafiltration systems.
• URBNSURF Melbourne intends to source 100% of its power requirements from renewable sources.
• URBNSURF Melbourne will provide a range of aquatic and non-aquatic based activities, services and amenities including: licensed café, function centre, retail store, pro and demo services, regular amateur league and elite level surfing events, surf academy with programs for beginners, intermediates and elite, group and personal surf-fitness, running track, open water distance swimming, climbing wall, parkour trail, bouldering course, mountain bike pump track, zero depth splash pad for children and those with disability, children’s playground, child minding, xurf life saving club and art and film festivals.

Further technical information on the Wavegarden wave generating technology can be found at www.urbnsurf.co/FAQ.html

For more information go to www.urbnsurf.co

Images show designs for features at URBNSURF Melbourne (from top): an aerial view of URBNSURF, URBNSURF's surf academy, the plunge pool and the pier lagoon.