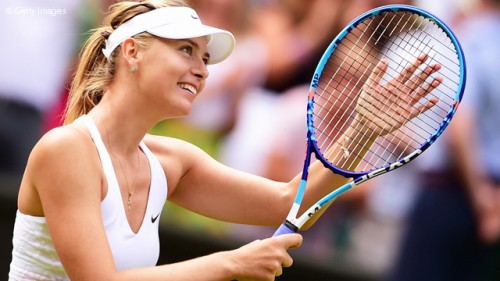 Five-time Grand Slam champion Maria Sharapova has been provisionally banned from tennis after revealing that she tested positive at the Australian Open for a recently banned drug.

The world's highest-earning sportswoman said she had been found to have taken meldonium, which was prohibited from 1st January this year.

Sharapova, who now faces a ban of up to four years from the game, advised that she has been taking the substance for 10 years for health reasons and was unaware that it had been on the World Anti-Doping Agency’s banned list until she received a letter notifying her of the positive test at the end of February.

At a press conference in Los Angeles, Sharapova stated “I let my fans down, I let the sport down that I have been playing since the age of four and I love so deeply.

“I know with this I face consequences and I don’t want to end my career this way and I really hope I will be given another chance to play this game.”

Sharapova claimed she was prescribed meldonium by her doctor in 2006 to deal with issues such as an irregular heartbeat and a history of diabetes in her family. However, as of the beginning of this year WADA added the substance to its banned list because of “evidence of its use by athletes with the intention of enhancing performance”.

The International Tennis Federation (ITF) said Sharapova had been informed of the positive test on 2nd March and she will be provisionally suspended from 12th March.

Two of Sharapova’s biggest sponsors, Nike and TAG Heuer announced it had suspended its relationship with her while the investigation continues.

A statement from Nike explained “we are saddened and surprised by the news about Maria Sharapova.”

However, Russian Tennis Federation President Shamil Tarpishchev, told the Russian news agency TASS he expected Sharapova to be available for this summer’s Rio Olympics after describing the positive test as “nonsense”.

Sharapova’s announcement is catastrophic news both for her and for tennis in particular.

While other major international sports including athletics, cycling and football as well as Australia’s AFL, have been beset by doping and governance scandals in recent years, tennis had been unaffected. However, allegations of match fixing that emerged during this year’s Australian Open have tarnished that image and the implication that Sharapova may have been cheating will send shockwaves through the sport.

However, the circumstances of her positive test and the unprecedented way in which she revealed the positive test may see any ban reduced – most sports stars try to hide positive tests for performance-enhancing drugs, hoping news will not break until a suspension is revealed. 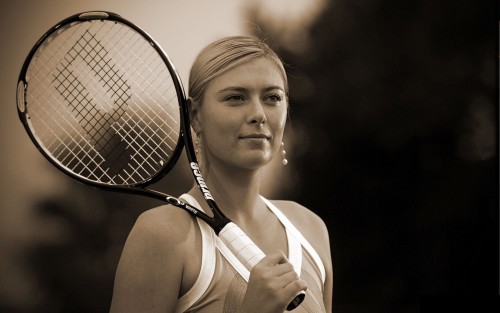 The Guardian Australia suggested that “by revealing the test results herself she is attempting to take control of the story, hoping that by being up front people will believe she is being honest and really was taking meldonium for health purposes.”

Commenting on the revelation, WTA Chief Executive Steve Simon stated “I am very saddened to hear this news about Maria. Maria is a leader and I have always known her to be a woman of great integrity. Nevertheless, as Maria acknowledged, it is every player’s responsibility to know what they put in their body and to know if it is permissible.

“This matter is now in the hands of the Tennis Anti-Doping Program and its standard procedures. The WTA will support the decisions reached through this process.”

A WADA spokesman also advised “WADA is aware of the ongoing case. As is our normal process, and in order to protect the integrity of the case, WADA will refrain from commenting further until a decision has been issued by the ITF.

“Following that, WADA will review the reasons for the decision and subsequently decide whether or not to use its independent right of appeal to the Court of Arbitration for Sport.

Tennis Australia also issued statement that read “we are surprised by today's news that Maria Sharapova tested positive to a banned substance during the Australian Open.

“Throughout her career Maria has always impressed with her professionalism as a leader and role-model in our sport. In her press conference Maria said she is prepared to face the consequences of what she describes as a ‘huge mistake’.”

Click here for further information on the Tennis Anti-Doping Program.