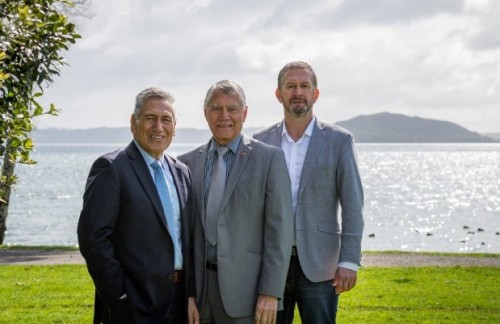 Recently announced plans to develop the Wai Ariki Hot Springs and Spa in Rotorua are aiming to highlight the essence of the region, its people - past and present - and Maori culture with the 650-year history of Ngati Whakaue and Rotorua’s historical spa legacy forming an intrinsic part of its name and brand.

Owned and developed by Pukeroa Oruawhata Group, the new luxury spa and wellness centre on the city’s lakefront is due to open in late 2019.

The name Wai Ariki means ‘chiefly waters’, and is a reminder of the origin of Rotorua’s thermal waters, which were called to Aotearoa by Ngatoroirangi.

Pukeroa Oruawhata trustee and kaumatua, Monty Morrison says the cultural authenticity of the spa development has been a critical element, and local Ngati Whakaue representatives have been heavily involved in the concept development.

He explains “we want to respect and acknowledge our tupuna, and ensure the branding, concept and wider development tells the stories of Ngati Whakaue.”

Born and raised in Ohinemutu, Rotorua, Maxwell is known for his work on the global adidas campaign for the 1999 Rugby World Cup, where he had a direct involvement in the reinvigoration of the haka, Ka mate, ka mate.

The Wai Ariki brand speaks to the cultural narrative of Ngatoroirangi, the great ariki (chief) and tohunga (priest) of the Arawa waka.

Caught in a blizzard climbing Mount Tongariro, Ngatoroirangi called for help from his sisters, Te Pupu and Te Hoata, in Hawaiki to bring precious ahi (fire). It is said the places the subterranean goddesses of fire stopped on their journey, or where they dropped embers, are where the region’s hot pools and other volcanic and geothermal phenomena can be seen today.

Maxwell says he has always been an active supporter of marketing New Zealand and Maori culture to the world, and Wai Ariki is a concept like no other, commenting “Rotorua is home, so designing this tohu, or identity, for Wai Ariki to share with its visitors has been an absolute privilege and honour.

“The brand has been designed to be strong and bold with a touch of elegancy.

“It was designed to settle into the building without distracting visitors from being welcomed into this spectacular realm.”

Maxwell says the name, Wai Ariki, speaks to the cultural narrative of Ngatoroirangi, whereas the symbol of the water drop represents the embryo of Ruamoko, the unborn child of Papatuanuku (earth mother) and Rangi (sky father).

He adds “the water drop’s sharp peak represents Mount Tongariro, symbolising the world of volcanic phenomena we live amongst.”

Morrison says other Ngati Whakaue narratives and elements of Te Arawa and Maori culture will be infused throughout the development, both through the design of the building, as well as its unique spa and wellness offerings.