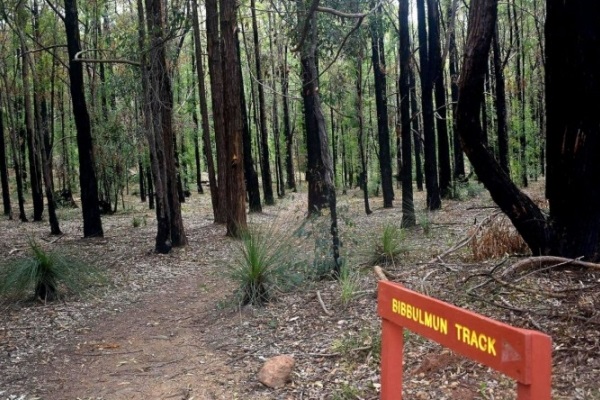 A Perth man has pleaded guilty to a downgraded charge arising from an attack on two Finnish tourists who were hiking the world-famous Bibbulmun Track.

Matt Whittaker was originally facing a charge of attempted murder over the attack on the two 33-year-old hikers in July last year at Paulls Valley, where the 1,000-kilometre track begins.

However, appearing in the Stirling Gardens Magistrates Court, Whittaker instead pleaded guilty to two charges of doing an act likely to endanger their safety or lives.

The attempted murder charge was withdrawn.

At the time of the incident, Western Australian Police said the man and woman were walking along the track when a driver ran down the man with his ute, before getting out and attacking him with shovel.

Western Australian Police said the attacker then turned his attention to the woman, but her injured companion managed to drag him to the ground before she picked up a shovel and struck him.

They said the two victims were Finnish nationals who were visiting and working in Australia.

The Court heard as part of his plea deal with prosecutors, Whittaker had agreed to plead guilty to those charges.

He appeared in Court via video link from Hakea Prison in Perth's south and was again remanded in custody until he appears in the District Court in April.