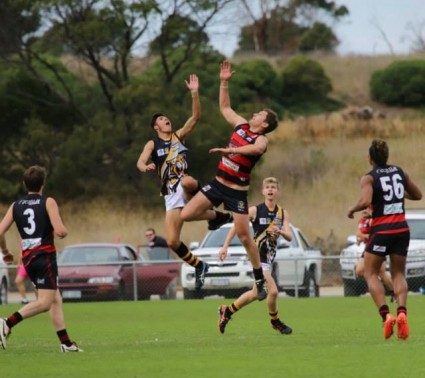 The opening of the new grandstand at the Twin Ovals sports ground in Kingborough, Tasmania has created a significant piece of sporting infrastructure for the local community.

Backed by a $400,000 commitment from the Tasmanian Government, the development has included two new enclosed seating areas enabling the community AFL club to offer seating for more than 400 people.

Welcoming the new facility, Kingborough Tigers President Steve Old said the improvements would help the club as it embarked in the state league competition.

Ord explained “although we have a relatively new facility that has great potential, we desperately needed assistance in bringing some of the facilities up to scratch for the people and supporters of our municipality.

“Previously there was no seating or undercover areas to accommodate our spectators and visitors and we desperately needed the assistance of government to bring the oval to the standard that the people of the Kingborough, Channel and Huon Valley areas deserve and expect to come and watch the young football talent in the region.”

Ord added “on nearly every weekend throughout the winter there will be a game of senior football being played at our Twin Ovals complex, which is fantastic for the region, not to mention these upgrades will also potentially bring the facility up to a standard required for the playing of future AFL regional pre-season games.”

Tasmanian Premier Will Hodgman also welcomed the new facility, concluding “the opening of the new grandstand at the Twin Ovals has created a significant piece of sporting infrastructure for the whole community to enjoy.

“The addition of undercover seating will no doubt encourage more Tigers Football Club fans and will go a long way to boosting crowd numbers in the chilly winter months.

"It’s great news for footy fans, with the new grandstand, complete with undercover seating, now ready for use, along with a new ticket-box."

Stage two includes the completion of coaches boxes, a concrete area fit for corporate marquees and improved lighting on the juniors’ ground, and is expected to be completed by the end of this year.