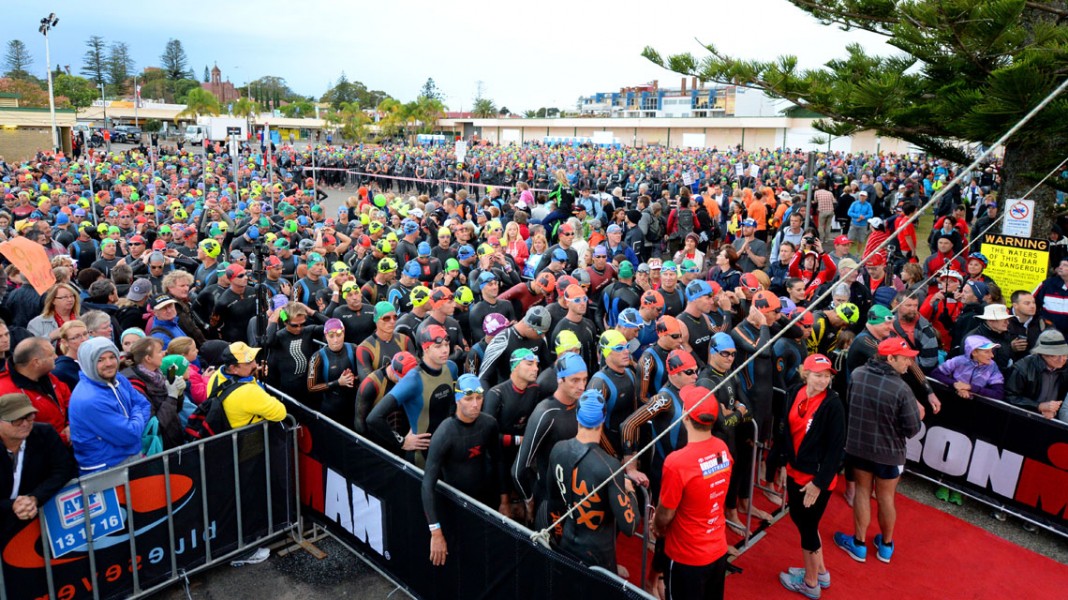 As the New Year approaches, the sport of Ironman Triathlon is preparing to mark its 40th anniversary.

On 18th February 1978 on the shores of the Hawaiian (USA) island of Oahu, 12 amateur athletes swam, cycled and ran a 226 kilometre course in a single day sporting competition - a feat that had never before been accomplished.

The achievement of these athletes heralded similar contests across the planet, managed by the World Triathlon Corporation, as well as the launch of a lifestyle sport and highly recognisable brand.

The growth of the brand saw the World Triathlon Corporation being purchased by Chinese entertainment and real estate company the Dalian Wanda Group for a reported US$650 million in 2015.

Ironman events are not to be confused with the Australian IronMan and IronWoman Series, a property of Surf Life Saving Australia and backed by Kellogg Australian since the 1980s.

Image: Competitors at the start of the swim leg of the 2014 Ironman Australia event in Port Macquarie.