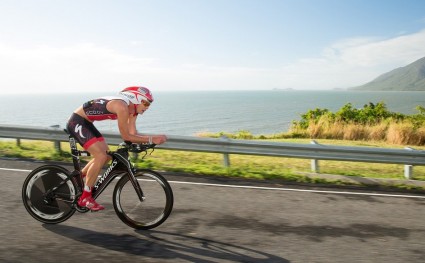 The upcoming Cairns Airport Adventure Festival is set to be bigger and better than ever, having already eclipsed last year's participation numbers, setting new levels for participation across the 10-day sport and entertainment period.

Minister Stuckey explained "this major international sporting event in the lead up to our ground-breaking Destination Q conference is a great example of how our investment in events is supporting tourism and helping to deliver on the (Queensland) Government's goal to make Queensland Australia's number one tourism destination.

"The 2012 Cairns Airport Adventure Festival has received an outstanding response from across Australia and the world, with 2,500 athletes from 32 countries competing across the three triathlon events.

"This is a huge increase of more than 600 from last year's 1,900 participants - and with other events in the 2012 Festival still taking entries, participation numbers are still increasing.

"Last year's event delivered an economic boost of more than $7.5 million to Queensland - more than double expectations, and this year's event is set to be even bigger and better which is great news for the local tourism industry.

"Athletes are travelling to Cairns from as far away as Greenland, the Netherlands and Hong Kong for this event, supported by the Queensland Government through Events Queensland and Tourism Queensland."

Minister Stuckey added "the quality of this year's field is a great example of how the 2012 Cairns Ironman event is putting an international spotlight on Queensland, and helping to showcase Tropical North Queensland as a leading tourism destination."

The festival is in the lead up to another key Queensland Government initiative - the Destination Q conference - which will also be held in Cairns in the same month - on 25th and 26th June.

Minister Stuckey concluded "Destination Q is about restoring confidence in the tourism industry - and to host more than 2,500 athletes from across the world in Cairns just weeks before the conference shows that Queensland is back in business and proves Queensland has the ability to host quality international events.

The 2012 Cairns Airport Adventure Festival runs from today (27th May) to 4th June.

For more information go to www.cairnsadventurefestival.com.au