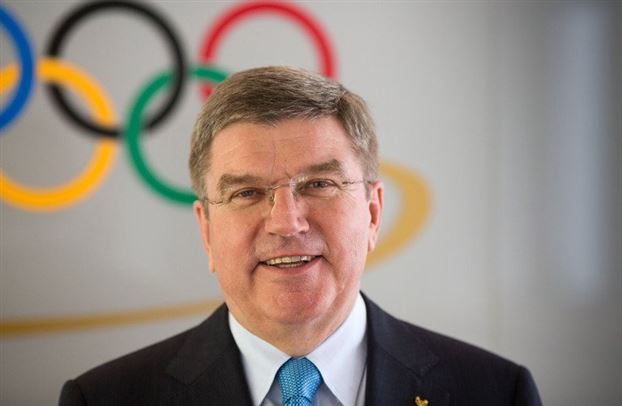 James M. Dorsey explains that, taken at face value, a rare acknowledgment by International Olympic Committee (IOC) President Thomas Bach that sport and politics are inextricably intertwined should be a first step towards radical reform that offers a proper structure to govern the relationship.

That is nowhere truer than in Middle Eastern, North African and Asian football where political domination of the game is dominant despite insistence by the Asian Football Confederation (AFC) and world football governing body FIFA that sport and politics are separate.

Speaking at the opening of the Asian Games in Incheon, South Korea on Friday, Bach suggested that sport should acknowledge its ties to politics as well as big business but at the same time ensure that it maintains its neutrality.

“This is just an attitude which is wrong and which we cannot afford anymore.

“We are living in the middle of society and that means that we have to partner up with the politicians who run this world."

Bach said politicians and business leaders needed to respect the autonomy of sporting bodies or risk diminishing their positive influence. In particular, Bach targeted the AFC’s and FIFA’s denial of the marriage between sport and politics that most officials and analysts in the football world freely acknowledge by noting that allowing countries to set their own rules in football would mean that "international sport is over.”

The IOC President, who this month celebrates his first year in office, said that governing the relationship between sports, politics and business was a core theme of his presidency.

Bach’s vision for the Olympic Games is embedded in his agenda for the coming six years which involves making the bidding process more flexible, lowering the cost of hosting tournaments and creating a digital channel to promote Olympic sports and values such as fair play.

Ensuring that the incestuous relationship between sports and politics in Middle Eastern, North African and Asian football is transparent and independent will take a lot more than focusing on the organisation of tournaments and the projection of values.

Little short of restructuring the relationship and developing a governance regime that shields soccer from political interference will break the grip of autocratic regimes on the sport. Middle Eastern and North African autocrats use soccer for a host of self-serving political purposes, including pacifying populations; ensuring that football pitches do not emerge as venues of protest; and seeking to improve their tarnished images at home and abroad.

A review of Middle Eastern and North African members of the boards of regional associations like the AFC and the Confederation of African Football (CAF) as well as of officials populating the boards of major football clubs and the ownership structures of those clubs in countries like Egypt, Arabian Gulf states, Syria, Lebanon and Iran shows that they are populated by members of autocratic ruling families or executives closely aligned with government.

The same is true for Bach’s own backyard, the national Olympic committees in the Middle East and North Africa. The intimate relationship between sport and politics is symbolised by the powerful role that the President of the Association of National Olympic Committees (ANOC) and Olympic Council of Asia, Sheikh Ahmad al-Fahad al-Sabah, a prominent member of Kuwait’s ruling family, plays in world sports.

The election last year of Bahraini Sheikh Salman bin Ebrahim Al Khalifa to complete the term of disgraced AFC President Mohammed Bin Hammam, the Qatari national at the centre of the Qatar controversy and the FIFA scandals, also says much about the intimate relationship between politics and soccer governance in the Middle East and Asia.

Three national football players in Sheikh Salman’s home country were three years ago denounced as traitors, detained and tortured for participating in anti-government demonstrations three years ago. The players have been released but Bahrain has since arrested two whole teams.

Sheikh Salman, a member of Bahrain’s ruling family and head of the Bahrain Football Association, has refused to comment on the plight of his players insisting that sport and politics are separate.

British prosecutors have been considering a petition by a Bahraini national for the arrest of a relative of Sheikh Salman’s, Prince Nasser bin Hamad al-Khalifa, the eldest son of King Hamad bin Isa Al Khalifa, commander of the Gulf island’s Royal Guard and head of the Bahrain Olympic Committee, on suspicion of involvement in the abuse of political prisoners. Prince Nasser phoned into the show on state-run television that denounced the three national team players in a demonstration of support of what amounted to a kangaroo court.

Sheikh Salman persuaded the AFC Congress in June in Brazil to tighten his political control of Asian and Middle Eastern football governance by agreeing to combine the post of AFC President and FIFA Vice President rather than maintain the Vice Presidency as an elected position.

The move was also designed to sideline the current FIFA Vice President, Jordanian Prince Al bin Al Hussein, the one member of a ruling family, who has emerged as the foremost reformer in football governance, campaigning for greater transparency, accountability, focus on grassroots and women’s rights.

In response, Prince Ali has said he would run for election to the FIFA executive committee when his current term as vice president ends in 2015.

“Time will tell if that’s a good decision or not.

“I don’t give a damn about protocol. I care about football. It doesn’t make a difference, titles or what have you. For me, I’ve done what I had to do to protect the interests of Asian football.”