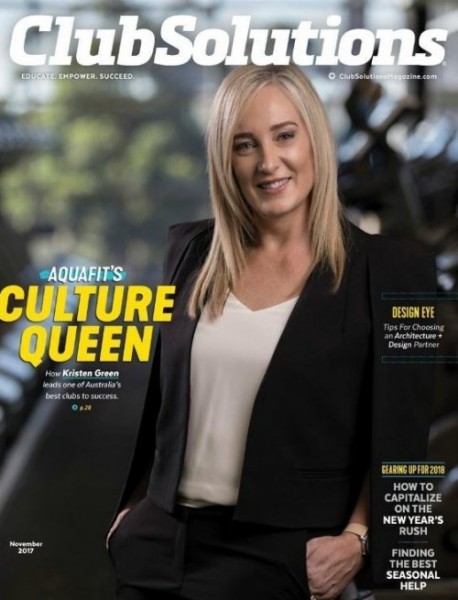 The feature, Culture is King, focuses of Green's experience that the club’s success can be credited to its emphasis on culture.

Green explains to Club Solutions "I believe that culture is a critical driver of business success.

"With a positive and inclusive workplace culture, anything is possible, and a great culture starts with leadership and a clearly communicated vision and mission.”

The feature explains how the award winning facility has a "friendly atmosphere welcoming to all", accessible to "people of all ages, shapes and sizes (who) feel comfortable in the knowledge they can come to Aquafit, work toward their personal goals and not feel intimidated or out of place."

Hired just three months prior to the club’s opening, Green has taken Aquafit from an incomplete facility to a fully operational business.

She told Club Solutions “I had the incredible opportunity to literally build a new fitness business, and be entrusted the responsibility of building a team culture which leveraged the values of community, respect, compassion and understanding.

“In the beginning, in order to bring a team with me on the journey, I had to create a leadership vision and purpose for the business, so the new team would not only share and believe in who we were, but what our larger role was within our local community.”

One of the keys to Aquafit’s early success was the pre-opening membership drive Green and her team conducted.

As Club Solutions explains, in a span of three months, they sold 2,100 memberships from an architect’s renderings, a floor plan of the new centre, and a promise the club would meet member expectations. 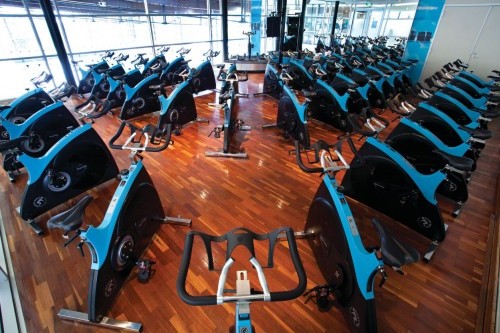 Green recalled "this was instrumental in achieving profitability milestones within six months of (opening)."

According to Michael Lavorato, Chief Executive of the Campbelltown Catholic Club, Green’s leadership in getting Aquafit off the ground was instrumental in its early success.

He recalls “Aquafit was an outstanding success from its opening in 2004 ... in the first full year, Aquafit recorded a profit of $1,009,235 … largely due to Kristen’s savvy business skills and ability to lead and inspire a new team.”

Club Solutions explain how Green’s leadership has sustained that success over the past 14 years. Lavorato adds “Kristen is responsible for the success of Aquafit - arguably Australia’s most awarded health club - building a highly trusted and respected brand in the community, providing remarkable leadership, innovative strategic vision and a commitment to customer service excellence that truly set Aquafit apart from the competition.”