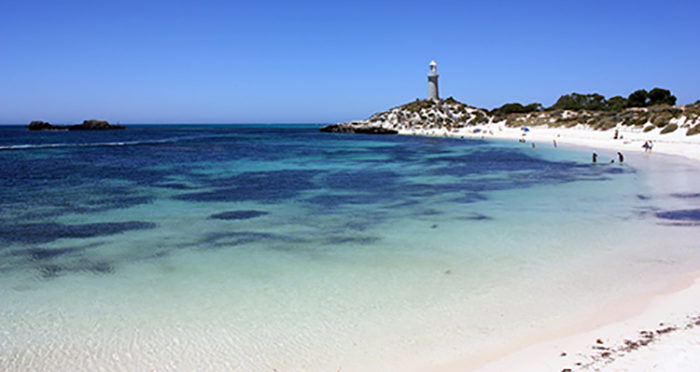 New figures show that Rottnest Island continues to attract a record numbers of visitors to its shores with 769,000 people arriving via ferry, boat or aircraft in 2018.

Discounted admission fees for day return travellers catching a ferry after midday through January and February will also provide a further boost to visitor numbers.

Western Australian Tourism Minister Paul Papalia explained "the State Government's drive to diversify the recreational offerings and approve developments on Rottnest has led to the island's biggest boom period in both visitors and in new investments."

This summer has seen growth in activities for visitors on Rottnest Island with eight new recreational offerings available, ranging from water activities, boat cruising or grabbing a bite to eat at Wadjemup Lighthouse. 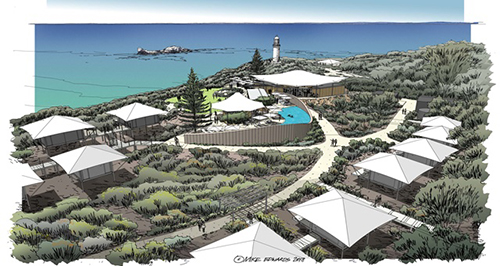 The $20 million development is a joint venture between management brand Discovery Holiday Parks and the Bailey’s Group, a WA-based investment circle which currently owns The Ghan and Indian Pacific cross-country trains. Bailey’s Group also own the Rottnest Express ferry, which links the island with three terminals on the mainland.

Discovery Rottnest Island Director Tim Crosland stated “Rottnest is a special place, and we know accommodation can be hard to secure. This new property adds to the number of rooms available, and offers an experience that hasn’t before been seen on the island.”

Discovery Rottnest Island features three tiers of guest accommodation, all connected to a central swimming pool and restaurant via boardwalks. In total, 83 furnished tents are being set up behind the sand dunes of Pinky Beach, in the island’s north-eastern corner. Each will offer an ensuite bathroom and a private deck with outdoor furniture. 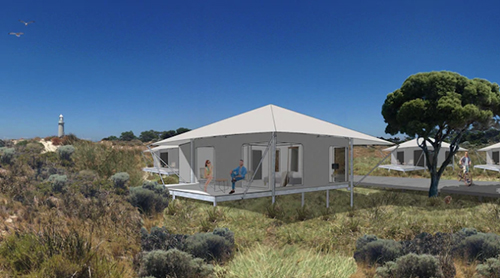 Each tent offers direct access to Pinky Beach and The Basin. Guests will also have access to free Wi-Fi, BBQ facilities and a laundry service. A guest concierge service will also be available. A central point of the resort will be Pinky’s Beach Club which will be open to guests and visitors.

Having completed an extensive application process to prove its environmentally-sound intentions, the WA government and Rottnest Island Authority Board gave the green light to the project.