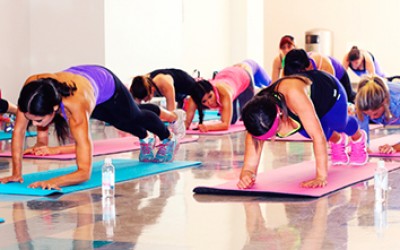 The global fitness club industry generated combined revenues of $71 billion in 2010, according to research by the International Health, Racquet and Sportsclub Association (IHRSA).

Holsinger explained "Japan is the fifth largest fitness market in the world (while), in terms of volume, China is catching up quickly. Several locally-owned chains, some with more than 60 locations, are now introducing the fitness concept to the most populous country on earth."

Referring to the Asia-Pacific region as "once regarded as an untapped market", the report refers to "a number of successful club companies, including Central Sports and Konami in Japan and Shenzhen Catic Wellness in China."

"The Japanese fitness market generated an estimated $5.1 billion in 2010, with about 3,500 health clubs. According to Club Business Japan, after three years of slowed growth or slight declines, the first quarter of 2010 was marked by an uptrend. Club operators are looking for ways to attract young people, many of whom dropped their memberships last year. The emergence of new, flexible membership options in Japan may be helpful in attracting a younger population, which is typically more price-sensitive than older people. In spite of the market's potential, recent events in Japan may result in a challenging year in 2011.

"China remains a leader in the Asia-Pacific rehion, with over three million members frequenting 2,400 health clubs. According to a recent article on the Chinese fitness market in the IDEA Fitness Journal, a variety of group orientated exercise programs are popular among consumers. Classes with elements of martial arts and dance, yoga and Pilates are drawing more members.

"Over 2.5 million Australians belonged to 2,800 clubs in the Australian market, which generated $2 bilion in 2010. Women-only clubs such as Curves, Fernwood Women's Health Clubs (a full service chain) and Contours Express have also flourished. In terms of full-service centres, Fitness First Australia claims 37% of total market share among leading players.

"Over the past two years, as the global financial crisis continued, health club growth was uneven in the emerging Asia-Pacific markets. In countries that suffered from the crisis, the growth of health clubs was slow or flat."

For more information or to order the report, go to http://bit.ly/oN8McU