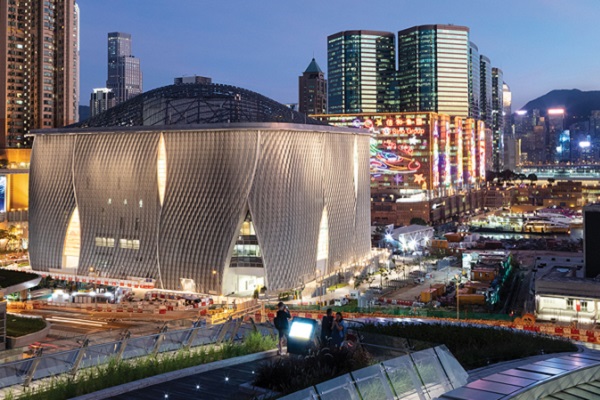 The development of Hong Kong's West Kowloon Cultural District is moving forward with the recent completion of centrepiece venue the Xiqu Centre and the appointment of a new Director for the Hong Kong Palace Museum, which is due to open in 2022.

Located at the gateway to the new cultural district, the new Xiqu Centre is a seven-storey, 30,000 metre² performance hall that is the world’s first performance venue specifically designed for classical Chinese opera.

Standing at the entrance to the West Kowloon Cultural District and adjacent to a new public plaza, the Xiqu Centre is designed to resemble a set of opening stage curtains. 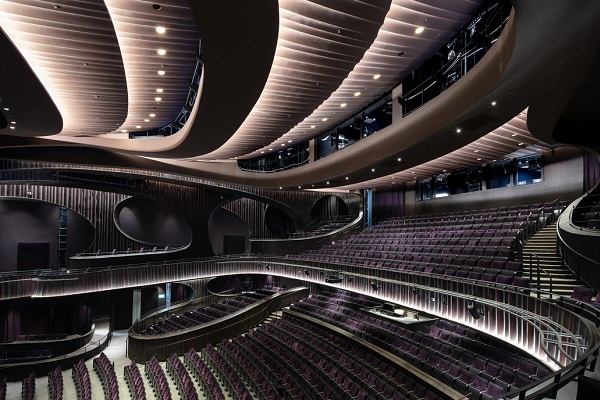 Designed by Revery Architecture (formerly Bing Thom Architects) in collaboration with local architect Ronald Lu & Partner, the HK$347 million (US$44 million) venue features a 20-metre-high main entrance and atrium - which is accessible to the public 24/7, and which will occasionally stage free events - which acts as a threshold to the entire cultural district.

With the main Grand Theatre elevated 27 metres (four storeys) above the plaza, a series of lobbies rise up from the atrium, giving access to the 1,073-seat Grand Theatre and a 200-seat Tea House Theatre, as well as exhibition areas, restaurants, studios, and a seminar hall. 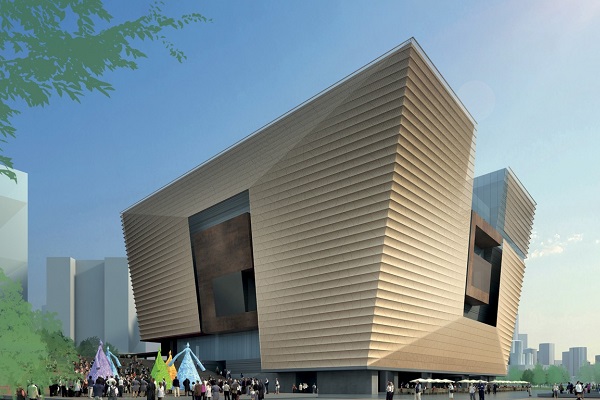 The 40-hectare precinct, masterplanned by Foster+Partners, is intended to become Hong Kong’s primary arts precinct, with 17 cultural venues and a central park.

The new museum, situated on the West Kowloon harbourfront, is a collaboration between the authority and the Palace Museum in Beijing. The Jockey Club donated HK$3.5 billion (US$449 million) for the project, which under construction now and expected to open in 2022.