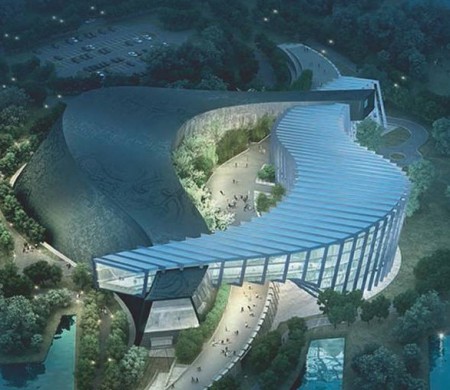 Some of China's most valuable historic artefacts can now be viewed at an extension of Taipei's famous National Palace Museum in the southern city of Chiayi.

Opened this week, the new attraction opens as Taiwan attempts to diversify its stagnating economy, with tourism a key area for growth, and officials hope the museum will lure more visitors to the rural south.

Pushing Taiwan’s credentials as a cultural destination, the 9,000 metre² building is a branch of the National Palace Museum - one of the most popular museums in the world, drawing more than five million visitors each year.

The project, which took 15 years to complete, comes after a catalogue of delays due to flooding, and disagreements with the venue's original architect .

National Palace Museum Director Feng Ming-chu explains “we hope to attract up to 1.5 million visitors in the first year," said Mr Feng Ming-chu, director of both the Taipei and Chiayi museums.” 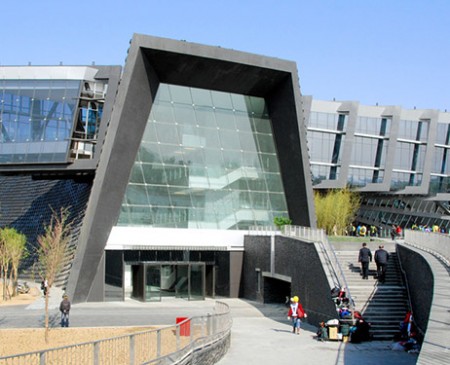 Feng added that the new museum will target domestic visitors from the south as well as foreign tourists, with the museum to be included in travel packages.

The flagship Taipei museum boasts more than 655,000 Chinese artefacts spanning 7,000 years from the prehistoric Neolithic period to the end of the Qing Dynasty in 1911.

They were removed from the Beijing Palace Museum in the 1930s by China's Nationalist government to prevent them falling into the hands of invading Japanese troops.

The collection was then transported to Taiwan by the Nationalists after they were defeated by Chinese communist forces and fled the mainland in 1949.

Feng told AFP was optimistic the new branch would attract visitors, despite the less well-known location.

She compared it to France's Louvre museum opening an outpost in the former coal-mining town of Lens, adding “we believe the target could be met if taking the French experience as an example." 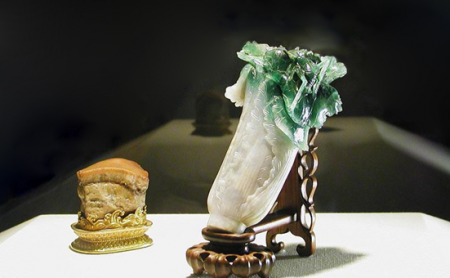 Major exhibits from the Taipei museum will be moved to Chiayi for the inaugural months - including the 'jadeite cabbage' sculpture, created in the 19th century by an unknown artist.

Designed by Taiwanese architect Kris Yao, the new museum's two stretched, curved buildings include huge walls of glass and are emblazoned with dragons and clouds.

The museum opens in an era of significant museum developments in East Asia, seen as symbols of national pride and cultural transformation.

Images: The museum's modernist design (top) and the jadeite cabbage (below).