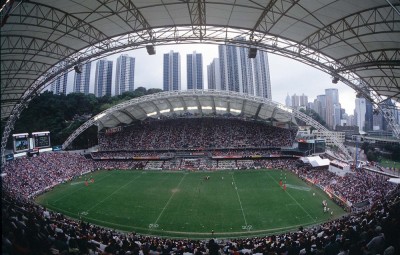 Next month's Bledisloe Cup rugby Test between Australia and New Zealand in Hong Kong will go ahead as planned following reports the match may be moved because of poor ticket sales, local organisers said.

New Zealand television has this week reported that the 30th October clash between the Wallabies and All Blacks at Hong Kong Stadium may be relocated to England because fewer than 10,000 tickets have so far been purchased for the 40,000-seat venue.

In a statement, the Hong Kong Rugby Football Union explained "the match has definitely not been cancelled and will go ahead, as planned, at Hong Kong Stadium on 30th October 2010."

Hong Kong hosted the first Bledisloe Cup game on neutral ground in 2008, while the fourth match of the 2009 series took place at Tokyoâs Olympic Stadium.

The All-Blacks have won both clashes in this year's series, with the third game to be played this Saturday at Sydney's ANZ Stadium.