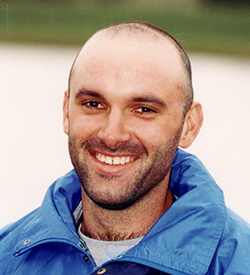 A multiple Olympic Gold and Silver medal winning rowing coach, O’Brien joins Gymnastics Australia from his most recent role of Lead Performance Consultant at the Australian Institute of Sport, having also previously been the National High Performance Director at Rowing Australia.

Gymnastics Australia Chief Executive, Kitty Chiller said it was an enormous coup for the organisation to have someone with as much experience as O’Brien leading the High Performance program.

Chiller advised “through his various high performance roles across sport over 25 years in both daily training environments and leadership and management, Chris has demonstrated that he is an exceptional leader of people and programs, and we are thrilled to have him join Gymnastics Australia.

“With the awarding of a home Olympic Games in Brisbane in 2032, we are presented with an opportunity for gymnastics to capitalise on the opportunities available over the next 11 years, and the Gymnastics Australia Board and I believe that Chris is the right person to lead us towards future success.”

O’Brien said he was excited to take on the role as the National High Performance Director, a role he has been acting in for the last two months and he is looking forward to working collaboratively with member associations and clubs in charting a course forward for the sport to Birmingham 2022, Paris 2024 and beyond.

O’Brien added “the time I have spent at Gymnastics Australia to date, has provided me with a wonderful opportunity to better understand the world of Gymnastics in Australia and I see exciting opportunities ahead.

“My experience across the Australian sports system and the various sports with which I have worked provide a good footing to both explore the opportunities within gymnastics and address some of the areas of challenge. I look forward to leading a strong performance focused culture that is underpinned by a quality athlete experience.”