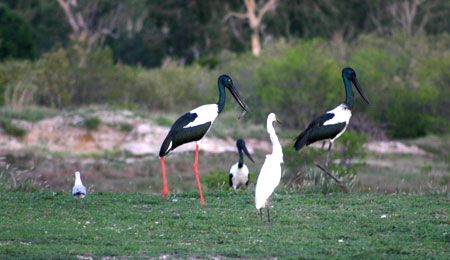 An internationally significant wetland and bird habitat near Normanton in the Gulf of Carpentaria will get a boost in tourism opportunities under new plans by the Carpentaria Shire Council.

The Queensland Government has handed management of the 7,860 hectare Mutton Hole Wetlands Regional Park to Carpentaria Shire Council as trustee.

Explaining the move, Queensland National Parks Minister Dr Steven Miles said the new arrangement would create tourism and employment opportunities for the Normanton-based council, which is less than 2 kilometres from the bird sanctuary.

Dr Miles stated “as trustee, Carpentaria Shire Council will be responsible for most of the hands-on management of these ecologically important wetlands.

“They will work with Queensland Parks and Wildlife Services and local Indigenous groups to preserve the park’s natural and cultural values.

“QPWS will also consider any council proposals to establish low-key infrastructure on the park.”

Dr Miles said the wetlands are habitat for a huge range of migratory birds, adding “it’s a bird watchers paradise - more than 70 species of birds have been recorded at Mutton Hole Wetlands. Very large flocks of birds call this area home.”.

Carpentaria Mayor Fred Pascoe said the park was a complex system of estuarine and freshwater wetlands and formed part of the largest continuous estuarine wetland in northern Australia.

Mayor Pascoe explained “the wetlands are of international significance for many waterbirds including whistling ducks, sarus cranes, pied herons, brolgas and waders.

“This is an exciting opportunity for the Shire to develop the Wetlands using best-practice management that will preserve this very special place.

“There is evening some camping spots just outside the park but the park itself has no facilities yet.” 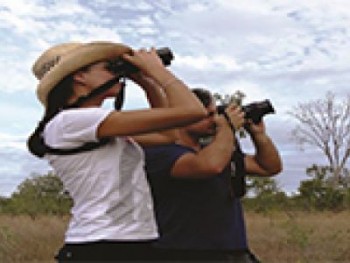 • Diversification of the tourism industry in the Gulf of Carpentaria enhancing economic development
• Employment opportunities for local indigenous residents
• Better education on the importance of wetlands for both tourists and locals to increase conservation efforts
• Increased awareness of Aboriginal traditions and the use of land at the Mutton Hole Wetlands so traditions are passed down and indigenous wetlands management is appreciated.

He concluded “it’s a beautiful place and Council wants to develop facilities to boost nature-based recreation.”

The Federal and Queensland Governments bought an area of the Southern Gulf Plain wetland in 2004 to make it a protected area.