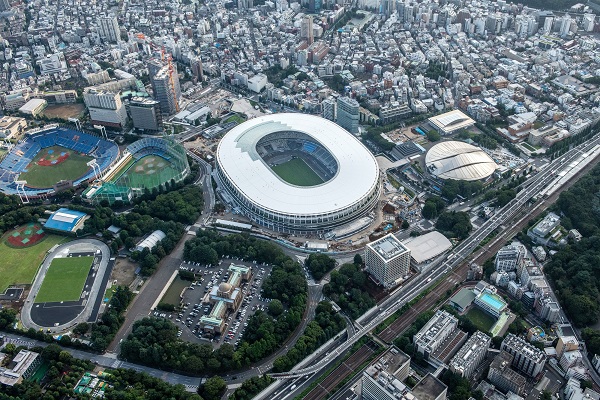 Public opposition to the hosting of the Tokyo 2020 Olympics in July has grown to more than 80% among the Japanese population.

With the opening of the Games just 64 days away, publication of a poll conducted by newspaper Asahi Shimbun between 15th and 17th May, found that 43% wanted the Games cancelled, while 40% wanted a further postponement, rising from 35% and 34% a month ago.

The survey, which had 1,527 respondents, found that just 14% supported holding the Games this summer.

Rising sentiment against the staging of the Games has this week also seen the Tokyo Medical Practitioners Association call for them to be cancelled while last week a petition calling for the Olympics to be cancelled, which has collected more than 350,000 signatures, was submitted to Tokyo Metropolitan Government, with the organiser urging officials to “prioritise life”.

Last week also saw the International Olympics Committee (IOC) stress that public opinion would not force it to cancel the Tokyo 2020 Games, with spokesperson Mark Adams saying that while the body takes note of public sentiment, it would not be driven by it, as it enters “full implementation mode” for the Games.

However, Hiroshi Mikitani, Chief Executive of Japanese e-commerce company Rakuten became the latest high-profile voice to express displeasure that the Olympics were set to take place as the Coronavirus continues to impact countries around the world, calling it a “suicide mission”.

Mikitani told CNN “it’s dangerous to host the big international event from all over the world.

“The risk is too big and … I’m against having the Tokyo Olympics this year.”

He said that it was not too late to scrap the Games, adding “everything is possible”.

Olympic organisers have been publicly criticised after calling for nurses to volunteer at the Games and requesting support from dozens of hospitals in and around Tokyo should their services be required.

The Governor of Chiba prefecture, where an Olympic surfing event will be contested for the first time, has asked the organising committee to refrain from being a drain on medical resources in his area and said he is not considering "precious beds for COVID-19 patients" being occupied by athletes or staff attending the Games.

In response, the IOC has offered organisers extra medical personnel as part of national teams flying in to compete.

Speaking at the start of the 11th and final Games Coordination Commission meeting that got underway on Wednesday afternoon local time, IOC President, Thomas Bach commented “we are now fully focused on the delivery of the Olympic Games, we are working hard so the athletes can make their dream a reality after all their hard work over so many years with all their perseverance.

"To contribute to this, the IOC has offered to the organising committee to have additional medical personnel as part of the NOC delegations to support the medical operations and the strict implementation of the COVID-19 countermeasures in the Olympic village and in the Olympic venues."

Speaking last Friday, Japanese Prime Minister Yoshihide Suga said that it was possible to host a “safe and secure” Olympics, despite extending the state of emergency to a broader area due to the rapid rise of Coronavirus cases in parts of the country.

Due to COVID-19 countermeasures, the athletes and team members who visited Japan were required to comply with strict protocols in order to participate in the events which included testing upon arrival at airports, daily testing throughout their stay in Japan, activity restrictions (limitation of movements to hotels, competition venues and practice venues), and prevention of close contact through physical and temporal distancing.

More than 700 athletes and over 6,000 related staff participated in the four test events.

Image: Tokyo's Japan National Stadium is set to be the centrepiece venue for this year's Olympics. Credit: IOC.