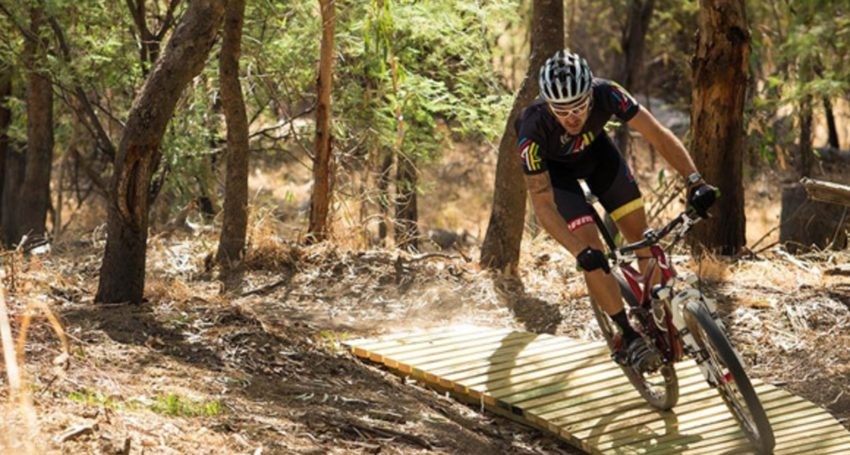 The Gold Coast Hinterland is set to become a significant mountain biking destination with interim plans over the next three months aiming to formalise a number of mountain biking trails in Nerang National Park, including international-standard trails developed for the 2018 Gold Coast Commonwealth Games.

As mountain biking continues to grow in popularity, fuelled by the pandemic and a spike in women and families taking up the sport, it means the Gold Coast Hinterland would be on track to meet the threshold of more than 80 km of mountain bike trails to become one of the nation’s recognised mountain biking hotspots.

Stakeholders of a “co-designed” project, that includes riding groups and the Queensland Parks and Wildlife Service, agreed on 22nd January to progress the project aimed at balancing the 1700- hectare park’s unique environmental values and formalising the bike trails for recreational use.

Formalising the trails and removing unsanctioned trails will help elevate the region to a nationally significant trail riding destination and capture the massive growth in recreational and adventure riders and mountain biking tourism.

Gold Coast Mountain Bike Club president Chris Thompson said there had been a rise in the number of families choosing mountain bike holidays, along with the Gold Coast becoming a mountain bike riding destination for travellers.

Thompson noted that the number of mountain bikers accessing Nerang National park alone had jumped from around 75,000 to 100,000 over the past year.

A survey of more than 550 mountain bike riders around the Gold Coast region found there had been a surge in family mountain biking, challenging the traditionally dominant rider profile of a 40-year-old male.

The rise of e-bikes, or electric pedal-assisted bikes, was also increasing the age spectrum of users that meant both younger and older mountain bikers could take to the trails.

Thompson  added “there’s a huge push into family usage. Those numbers have really increased over the past 12 months.

“The other thing that’s helping change the demographic of users is technology. Mountain bike technology has changed hugely over the past couple of years and it’s enabling a lot more people to access the sport.

“E-bikes are now one of the most popular mountain bikes out there in a lot of the parks, people who might not normally get exposed to the sport are getting out there.”

COVID had already super-charged the take up of mountain biking.

While AusCycling figures showed that mountain bike membership had already increased by 59.7% in the five years to 2019, 2020 figures were expected to show a massive rise.

Bike stores throughout Queensland, including 99 Bikes which has 49 stores across Australia and reported sales during the early stages of the Coronavirus lockdown of around 1500 bikes a day, have struggled to keep up with demand for two-wheelers.

Many reported selling out well before the traditionally busy Christmas sales season, as millions of people turned to bikes to keep fit and avoid the viral risks of public transport.

Around the same time, Brisbane City Council data showed more than an extra one million people a day had taken to their bikes to get around the city compared to a year earlier.

On the Gold Coast, the popularity of mountain biking tourism has accelerated due to the Hinterland’s stunning locations, mix of eco-diverse National Parks and dedicated private bike parks, along with weather that means trails can be accessed year-round.

Thompson said mountain bikers travelling to the region for the length and variety of tracks were staying a number of days and were injecting millions into the Gold Coast economy.

“The Gold Coast is a unique alternative to the other mountain bike areas of Australia,” he said.

“It’s really been off the radar here, but we can include it in the mix of everything you come to the Gold Coast for.  Not only is Gold Coast the beach, not only is it the theme parks, but we’ve got an amazing Hinterland with these trails and venues that offer a range of different mountain biking.”