Mountain Bike Trails to be built on Tasmania’s Mt Owen 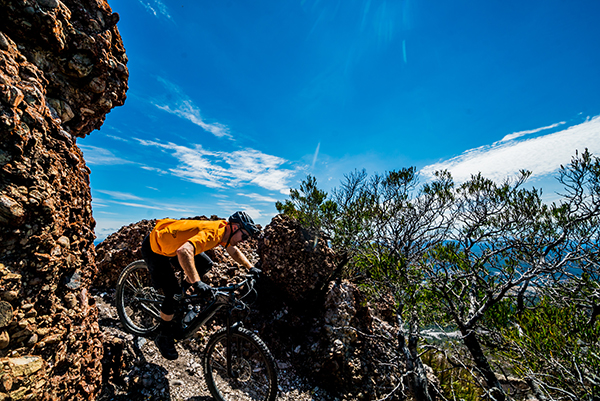 The construction process marks a significant milestone in an ambitious MTB Trail development program, started by the Parks and Wildlife Service several years ago, and driven forward by the West Coast Council in recent years.

The hunt is now on to attract the best trail builders in the world to tackle arguably the best location in the world, for a series of iconic MTB trails that have the potential to ignite the MTB community and ultimately provide exceptional trail experiences that don’t exist anywhere else in Tasmania or Australia at this point.

This milestone would not have been possible without generous financial support from the Tasmanian Parks and Wildlife Service and more recently the Federal Government’s commitment of $2.5 million towards this project and other stages of the overall West Coast MTB Project.

West Coast Mayor Vickers advised “in recent years, the community voiced its strong support for the creation of a series of world class MTB trails in the region.

“With generous financial support from the Parks and Wildlife Service, Council was able to get on with some serious planning work, and with the additional funding from the Commonwealth confirmed recently, we are now in a very strong position to get on with the first of the new trail networks for the region on Mt Owen in Queenstown.

“It’s an exciting time for the West Coast. The MTB opportunities have been designed to create jobs and should go a long way to increasing tourism visitation to the region; by attracting keen interest from state and even international MTB enthusiasts … it’s a spectacular location!”

Council’s General Manager David Midson added “Council created a comprehensive MTB Strategy that identified that some expert level rider trails on Mt Owen would offer a series of iconic rides in Australia that don’t exist at present, and that’s where we should be starting.

“We have plenty more planned for the region and many MTB projects are currently underway, including Branding and Marketing aspects, further feasibility work, and the design phase for additional trails in Zeehan.”

Council is calling for Tender Proposals for Trail Construction Services for the Mt Owen Trail Network.

Proposals need to be submitted via Tenderlink no later than 5pm on 2nd November 2020.

Further information for is available via Tenderlink