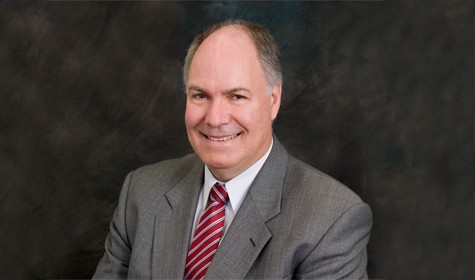 Formerly Chief Executive of the successful Games Bid and acting Chief Executive for the corporation, Peters was required to apply for the position and underwent an intensive interview process before his official appointment was signed off by the Governor in Council.

Stockwell said he was delighted Peters (pictured) would take the helm as Chief Executive and congratulated him on the appointment to the role from a field of very well credentialed national and international applicants.

Stockwell explained "as Chief Executive of the Bid, Peters was instrumental in delivering a winning proposal, has an intimate knowledge of Games operation and brings to the table an unrivalled understanding of sport and sporting administration.

"He has played a significant role in sport development in Australia over the last decade, most recently as Chief Executive of the Australian Sports Commission where he challenged the sporting system to sustain our international performance on the world sporting stage.

"Peters has a passion for sport underpinned by an active involvement on and off the field. He has championed for increased sport and physical fitness programs in schools and sought to bring global sporting events to Australia."

Stockwell said Peters' passion for sport, business knowledge and experience augured well for the delivery of an outstanding event in 2018.

Mark Peters played and captained the Australian baseball team for more than 10 years and was instrumental in the sport's growth and development during that period. He has an extensive portfolio of leadership and management experience in tourism, events, sports systems and organisation governance and structure.

Peters said it had been a privilege to be involved in the Bid process for Gold Coast City 2018 Commonwealth Games and he was now looking forward to planning and delivering a Games that would firmly cement the region as an international events destination and deliver a great legacy for the city.

Peters explained "there is a very long journey ahead but I am thrilled and honoured to lead the team towards 2018.

"Our vision was always to conduct a world class Games with excellent competition in a relaxed and friendly environment - it is now about realising that vision and making sure all our promises are fulfilled so it is an incredible and memorable experience for athletes and spectators from all over the world."

Positions with the Gold Coast 2018 Commonwealth Games Corporation are being advertised on the Games website at www.goldcoast2018bid.com/content/Standard2.asp?name=Employment