Ecotourism Australia has announced that its 22nd Global Eco Conference will be held at Sydney's Olympic Park on 12th November 2014, the first day of the World Parks Congress (WPC).

Global Eco will take on a new trimmed down format this year in recognition of the significant sharing of agendas with the WPC. The one-day Global Eco Forum will focus on the theme Tourism in Protected Areas.

Ecotourism Australia has partnered with the Great Barrier Reef Marine Park Authority, Tourism Australia, University of Queensland, and UNESCO (international Centre on Space Technologies for Natural and Cultural Heritage) to stage the event, with Tourism in Australia’s Protected Areas Forum (TAPAF) also taking an active part in developing the program.

With the WPC held just once every 10 years, the involvement of Ecotourism Australia at the Sydney WPC stems back to its active involvement in the 2003 Congress in Durban, South Africa. 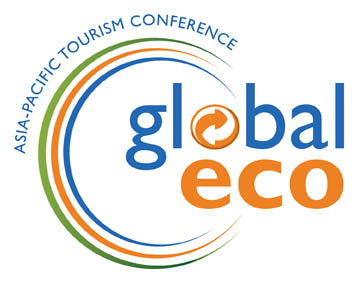 Looking forward to the Global Eco Conference being staged as part of WPC, Ecotourism Australia Chief Executive Rod Hillman explains "tourism is a vital contributor to protected areas worldwide. It provides an economic base for communities and builds the economic value of protected areas, contributing to their conservation.

“We anticipate a very strong delegate representation from both Australia and overseas. It will be an opportunity to hear from global leaders who are managing issues such as tourism in World Heritage Areas, partnerships, licensing and revenue generation, certification and quality.”

On 12th November, the Global Eco Forum will commence at 8.30am and conclude at 4pm providing delegates with ample time to move to the WPC opening ceremony at 5pm.