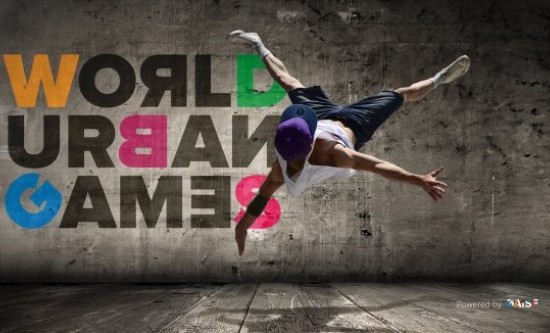 The Global Association of International Sports Federations (GAISF), the umbrella group of more than 90 Olympic and non-Olympic sports federations, has today launched the process to appoint a host city for the inaugural edition of its World Urban Games.

The multi-sport event will take place in 2019 and serve as a downtown, five-day celebration showcasing urban sports with a program of competition along with a festival of youth-focused music, art and culture to give the event an inclusive and festive feel.

The proposed sports program aims to include up to 14 disciplines in Olympic and non-Olympic sports, which meet seven criteria approved today by the GAISF Council.

Potential eligible disciplines so far include 3x3 basketball, BMX freestyle cycling, breakdance, boulder sports climbing, freestyle flying disc, parkour, roller freestyle, inline freestyle and skateboarding. A review of the eligible disciplines is now underway with the final programme to be proposed for approval in due course. Disciplines will be selected in consultation with the host city and all stakeholders.

At least four sports will feature one of their disciplines as showcase events, with the programme designed to give fans the chance to learn about and experience the sports on show.

Around 700 competitors with 300 team officials would attend the Games and it is hoped the event will be held on a single, easily accessible downtown site and festival plaza with a contained operational footprint. Use of public roads will be avoided, with host cities to make proposals for events in accordance with local culture and traditions.

GAISF has launched an initial consultation phase, during which it will work with prospective hosts and interested international federations ahead of a formal bid phase. GAISF said the host of the inaugural Games could be announced next autumn.

Details of the Games were announced during the SportAccord Convention in Bangkok, Thailand, where a series of presentations and information sessions for interested cities were held this week.

GAISF President Patrick Baumann advised “we are extremely proud to launch the World Urban Games which will be a landmark event and presents significant opportunities for any city looking to organise an innovative, fun and accessible multi-sport event at the heart of its city.

“We had a very positive response from International Federations and potential host cities this week and I look forward to continuing that dialogue.

“The program and festival will showcase all that is best about sports which have been forged by youth and urban culture and which celebrate competition, creativity, lifestyle and the engagement between competitors and fans. The World Urban Games are designed to reflect how sport refuses to stand still and will continue to evolve as our lifestyles and leisure choices change. But while these are new sports to many, they demand the same determination, skill, bravery, commitment and single-minded pursuit of excellence as all others.

“The Games will also provide a sustainable continuity and be a valuable test platform for the urban cluster concept that has seen the light at the Youth Olympic Games and will now be incorporated for the first time in the 2020 Tokyo Olympic Games. For five days, the inaugural host city will become the beating heart of these sports and the focus of major global media attention. Together with GAISF and all IFs involved, the selected host will make history and be inextricably linked with the youthful vibrancy of a truly 21st Century sporting event.”

27th May 2015 - INTERNATIONAL OLYMPIC COMMITTEE WINS IN BATTLE WITH SPORTACCORD

18th February 2013 - IOC CONFERENCE TO DISCUSS THE FUTURE OF WADA