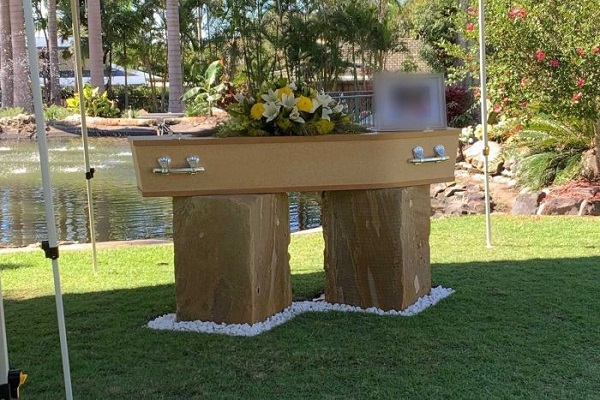 The Fraser Coast Regional Council has announced that funerals can now be held in nine selected parks and reserves in the region.

The decision came following changes in the funeral industry over recent decades as more people have moved away from traditional church services.

Incoming President of the Queensland division of the Australian Funeral Directors Association, Rowan Steer, said there has been a growing desire for non-religious outdoor funerals.

Steer advised “back when I started the majority of people went to church, and their funerals were church-based (but now funerals) have changed to be more about the person that's died … (becoming) less about spirituality and more about who the person was."

Fraser Coast Councillor Paul Truscott said the idea was first brought to him by local funeral directors, stared “it's a concern that's been raised to them by members of the public trying to find out whether they could or could not hold funerals in open spaces.”

With individual councils across Queensland able make the decision as to whether funerals could be allowed in public parks and reserves, Councillor Truscott said anecdotal evidence suggested funerals had been held in a number of parks and reserves across the Fraser Coast without council approval or knowledge.

Noting that the new official Council policy should alleviate community concerns, Councillor Truscott added “one of the main concerns from the public was thinking that they would go down for a family picnic and (see a funeral next to them).

"That won't happen because none of the parks that have been suggested have playgrounds at them."

The Council consulted with funeral homes in the region in the lead-up to making the decision to run the year-long trial.

Ross Funerals General Manager, Scott Harris, said the trial was an important process to formalise the option, telling the ABC “there are a lot of communities where this is happening on an informal basis, and the communities have been very accepting of that process.

"There's other areas where it's happened on an informal basis and it has caused problems."

Harris said he believed the decision was best made on a council-by-council basis, adding "I believe every community is different. Coming back to a local council level is the best way to do it, in consultation with the funeral directors in that area and the community in that area, to really see what their needs are.”

Regulations require that the funerals must be closed-casket and must be away from main thoroughfares.

Image: An initiative to trial funerals will be allowed in public parks is being held on the Fraser Coast. Courtesy of Rowan Steer.