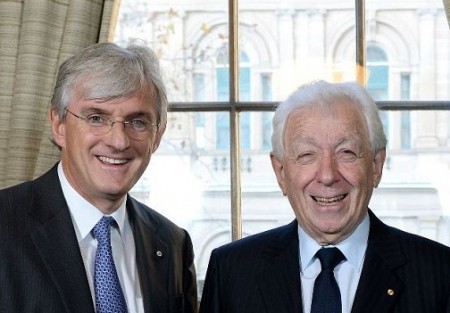 Frank Lowy’s son Steven is set to succeed him as Chairman of Football Federation Australia (FFA) after he was confirmed as one of four candidates to be elected unopposed onto the governing body’s board.

Steven Lowy, the co-Chief Executive of Westfield, is now poised to become the most powerful person in the management of football in Australia when he is ushered onto the board at the FFA’s annual general meeting in November, along with former Socceroo and lawyer Daniel Moulis, investment banker Crispin Murray and Commonwealth Bank executive Kelly Bayer Rosmarin.

Schwartz, Frank Lowy and Phil Wolanski’s terms expire next month while Peter Tredinnick, who recently resigned from the board, will also be replaced at the AGM.

The process has been described as “fatally flawed” by Adelaide United Chairman Greg Griffin, with all four candidates have previous ties to Frank Lowy and his business interests, with claims those in power have hijacked what should have been an open, democratic election.

The A-League clubs had attempted to submit several names for election, including former Sydney Olympics senior executive Mal Hemmerling and ex-Soccer Australia Chairman Remo Nogarotto, but they were unable to secure a seconding vote from the nomination from at least two of the state federations.

Griffin had flagged that outcome earlier in the week, telling The Australian “it is very disappointing to not get any seconders when you consider the majority of A-League clubs have seen fit to put forward a candidate.

“It is a disturbing result when one considers the input that the A-League clubs have had in terms of their contribution to the health and welfare of the game in this country.”

Schwartz said the candidates were chosen based on the experience and qualifications of each individual.

He stated “the Committee’s charter was to identify candidates that would result in a board with a blend of corporate experience in strategy, governance, finance, marketing and new technology combined with football experience and international business at the highest levels.”