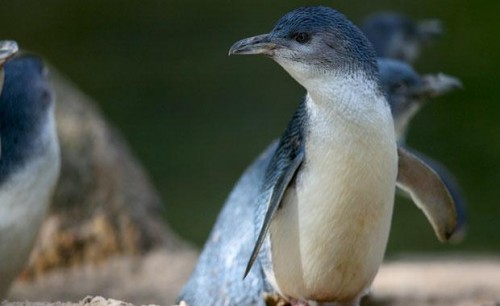 Keepers at the Melbourne Zoo have been left devastated after a wild fox entered the Wild Seas enclosure on Tuesday night and killed 14 little penguins.

The Zoo said keepers were "devastated" after they found 14 dead penguins in the Wild Sea exhibit.

It said the 15 surviving animals had been checked by veterinarians.

The penguins have been moved into a secure area and will stay there until the zoo is able to confirm the fox has been caught or left the grounds.

In a statement the Zoo advused "keepers had suspected for the past week that a fox had managed to enter the zoo, but so far the traps and camera traps set up have been unsuccessful in locating it.

"As the zoo's 22 hectares include large areas of densely planted vegetation and is surrounded by parkland, it is relatively easy for a fox to hide during the day.

"Foxes are found throughout Melbourne's parks and suburbs, but their nocturnal pattern of activity means that people are rarely aware of their presence.

"Fortunately foxes rarely manage to enter the zoo grounds, and additional measures are being taken today to further fox-proof the gates."

The Zoo also said it would work with a fox expert for further advice.

Image: One of Melbourne Zoo's little penguins in happier times.