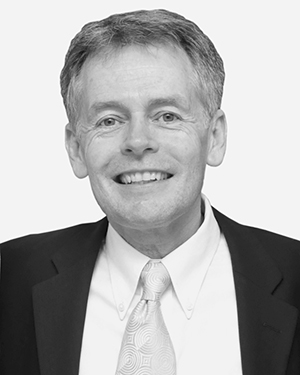 Former Newcastle Art Gallery Director Ron Ramsey has returned to a gallery managerial role in recently taking on the role of Executive Director of the Art Gallery Society of NSW.

One of Australia’s most experienced arts administrators, Ramsey was controversially sacked as Director of the Newcastle Art Gallery in 2014 following the acquisition of Brett Whiteley’s sculpture Black Totem II for the Newcastle gallery.

The Black Totem II controversy followed Brett Whiteley’s widow Wendy having gifted the sculpture to the gallery. However, Newcastle City Council suspended Ramsey and future city Director Judy Jaeger after it alleged the work was not donated as the Newcastle Art Gallery Foundation had claimed, but was part of a deal that required the foundation to donate $350,000 to the Brett Whiteley Foundation in Sydney.

Ramsey’s subsequent termination and the axing of his position caused outrage in some political and arts circles.

Ron Radford, then Director of the National Gallery of Australia, slammed the decision as “bogan-like” while former Newcastle Lord Myor John Tate said there had been “a vendetta against the art gallery by the council.”

For his part, Ramsey has vowed to move on while maintaining that he was “proud to have been part of bringing Black Totem II to Newcastle.” 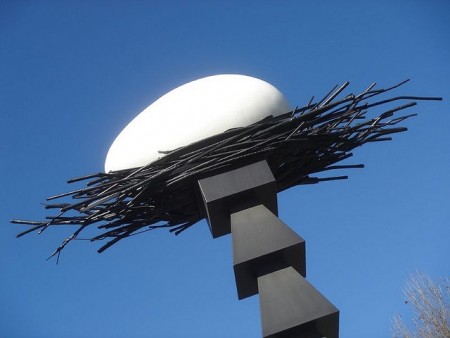 He was Australia’s Cultural Attaché at the Embassy of Australia in Washington DC from 2004 to 2007 and most recently, Development Manager of the Ian Potter Museum of Art at the University of Melbourne.

Commenting on his new role, which commenced earlier this month, Ramsey stated “as the new Executive Director of the society, members can expect to see the society continue its vital function supporting the Art Gallery of NSW, raising funds for the gallery’s collection, and providing members with all the wonderful benefits that being a part of our state’s leading art museum community offers.

Art Gallery of New South Wales Director, Dr Michael Brand, said he is also looking forward to working with Ramsey in his capacity as Executive Director of the Society.

Dr Brand stated “staff at both the Gallery and the Society have worked with Ron previously, myself included. We all acknowledge his record of achievement and wealth of experience in public art museums and we look forward to welcoming him into his new role next month.”

Outgoing president of the Society, Les Moseley, retiring after nine years on the Council and two years as President, played a role in the recruitment of the new Executive Director.

Moseley stated “Mr Ramsey brings to the Society a depth of professional knowledge and experience, as well as personal qualities that will enhance the important work of the Art Gallery Society.

“Having specialised in art education and arts management, Mr Ramsey has the unique distinction of having worked in university, regional, state and national art museums as well as having represented Australian culture overseas.

Brian Ladd has been elected by the Council to the role of Society President for the remainder of Moseley’s term. Moseley said Ladd has a wealth of experience with both public art museums and the Sydney art scene. Ladd has been a member of the Art Gallery Society Council since being elected Vice President in March 2014.