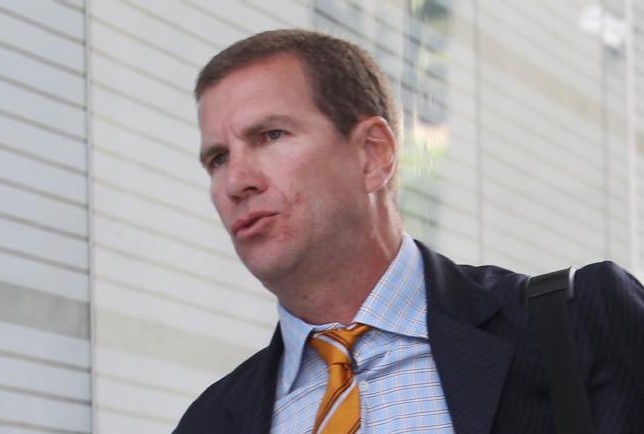 Former Billabong Chief Executive Matthew Perrin has been sentenced to eight years in jail for fraud over the forging of his former-wife's signature to access more than $13 million from the Commonwealth Bank.

Sentencing Perrin in the District Court in Brisbane, Judge Julie Dick said the bank was still owed about $9 million and that Perrin had shown little remorse for his crimes.

The Court was told that in 2008 Perrin forged his wife's signature on bank documents to mortgage the family home, which was solely in his wife's name, in order to pay off large debts that had accumulated from failed business deals.

Perrin admitted to signing his wife's name on bank documents, but claimed he had her permission.

Having pled not guilty to the charges, in December last year Perrin was found guilty of 12 counts of fraud and forgery.

Judge Dick said Perrin only confessed to the forgery after being confronted with substantial evidence, stating “you turned to these criminal activities to stay afloat, you gambled on the ability to trade out.

"You still have no self-realisation and remorse. You seem to simply refuse to recognise that it was you who forged the documents and you who caused them to be presented to the bank."

Judge Dick said white-collar crimes such as those committed by Perrin "strike at the heart of commercial integrity", adding "businesses large and small need to operate with the trust of their clients.”

In sentencing, Judge Dick said she had considered Perrin's clean criminal record, character references, charitable deeds in the community and public shame he had suffered as a result of publicity during the trial.

Prior to his financial troubles, Perrin was worth at least $50 million. However, the surf wear entrepreneur committed the offences after a series of failed investments left him facing financial ruin.

He was eventually declared bankrupt in 2009.

His lawyers have lodged an appeal against Perrin's conviction

He will be eligible for parole in late 2020.